This year is packed full of classic film anniversaries, from menacing Brit noirs to enduring comedies. Art & Hue rounds-up the milestones of beloved & cult films to celebrate in 2023.

First screened to the trade & cinema distributors on the 25th of November 1947, the film held the World Premiere in Brighton on the 8th of January 1948, followed by a Gala Premiere at the Leicester Square Warner Cinema London on the 9th of January 1948.

A Boulting Brothers production, with a screenplay by Graham Greene & Terence Rattigan, “Brighton Rock” was a hit at the cinema, despite newspapers criticising the depiction of violence.

Involving an innocent waitress in his scheme to cover up the murder of a journalist in the Sussex town, the film’s dramatic ending plays out on Brighton’s Palace Pier.

A classic Ealing comedy, much-loved by film fans and train enthusiasts alike, “The Titfield Thunderbolt” was the first Ealing Comedy to be made in colour, Technicolor in fact, and the fourth to be directed by Charles Crichton.

Pre-empting the savage cuts to the railways made by Beeching’s axe in the 1960s, “The Titfield Thunderbolt” sees a group of villagers attempting to keep their branch line running after it’s earmarked for closure.

Inspired by the Talyllyn Railway, which was restored and preserved as a heritage railway, the charming film features a regular Ealing trope of the underdog, in this case the villagers, battling a larger bureaucratic enemy, represented by the freshly-nationalised British Railways.

“The Titfield Thunderbolt” had its Gala Premiere at London’s Leicester Square Theatre on the 5th of March 1953, as part of the British Film Academy’s award ceremony, before going on general release from the 6th.

This year is a special anniversary for fans of classic film & British comedy as it’s 65 years since the first classic Carry On production, “Carry On Sergeant”, was released in 1958.

Carry On Sergeant laid the groundwork for the most prolific British film series (yes, longer than Bond). This successful first film was screened to the trade and cinema-bookers on the 1st of August 1958 after which some regional screenings were held from the 31st of August 1958 including Aberdeen & Birmingham.

See more about the 65 Years of Carry On films here.

With Tom Courtenay, Leonard Rossiter, Helen Fraser, Rodney Bewes, Mona Washbourne, & Wilfred Pickles, “Billy Liar” introduced Julie Christie to cinema-goers as the free-spirited Liz and, even though she was only onscreen for a relatively short amount of time, she captivated audiences as the embodiment of 1960s carefree and adventurous youth.

Watching her performance in “Billy Liar” with contemporary eyes, her natural talent and modernity seems to have been transplanted back into the 1960s like a time traveller.

Filmed in Bradford, the film contrasts its kitchen-sink setting with fantasy sequences of Billy’s Ambrosia daydreams. The film was revolutionary as well as influential, and still appears on many lists of top British films of all time.

On the 10th of January 1963, the classic Cliff Richard musical film “Summer Holiday” had its world premiere at the Warner Cinema in London.

Perhaps Cliff’s most popular film musical, the catchy title song of “Summer Holiday” instantly puts the listener into a summery mood and it’s impossible not to think of Cliff behind the wheel of the London bus when listening to it.

In the same year, on the 2nd of June 1963, the Cliff Richard song “Summer Holiday” was released as a single and topped the music charts.

Filmed at Elstree Studios and on location in Greece, the iconic red London bus travelling through Europe accompanied by memorable songs still endures in the memory.

It seems the studio didn’t know what to make of “The Wicker Man” leading to a convoluted release schedule which thankfully did nothing to dim its growing status as a cult film.

“The Wicker Man” was first screened to the trade & cinema distributors on the 3rd of December 1973.

Following test screenings to the public at the Metropole cinema in London, which ran for a week starting on the 6th of December 1973, the first “official” public screenings were the Scottish “premieres” on the 13th of January 1974 ahead of the nationwide rollout starting in Birmingham on the 19th before finally opening “officially” London Odeon opening on the 7th of February 1974.

Despite the studio’s reluctance to fully support the film at the time of release, cutting the running time and demoting it to supporting-picture status under the classic horror “Don’t Look Now” (what a scary walk home from the picture house it must have been for cinemagoers after watching that double-bill), the recognition of “The Wicker Man” has grown over the years to become a much-admired cult classic of British cinema.

Christopher Lee considered it to be his best work and the film’s longevity is testament to Anthony Schaffer’s great screenplay & Robin Hardy’s direction – the final shot alone is cinematic perfection.

In its 50th anniversary year, “The Wicker Man” is soon to get a new lease of life in a 2023 television series created by Andy Serkis and Jonathan Cavendish’s production company The Imaginarium and Studiocanal-backed Urban Myth Films. 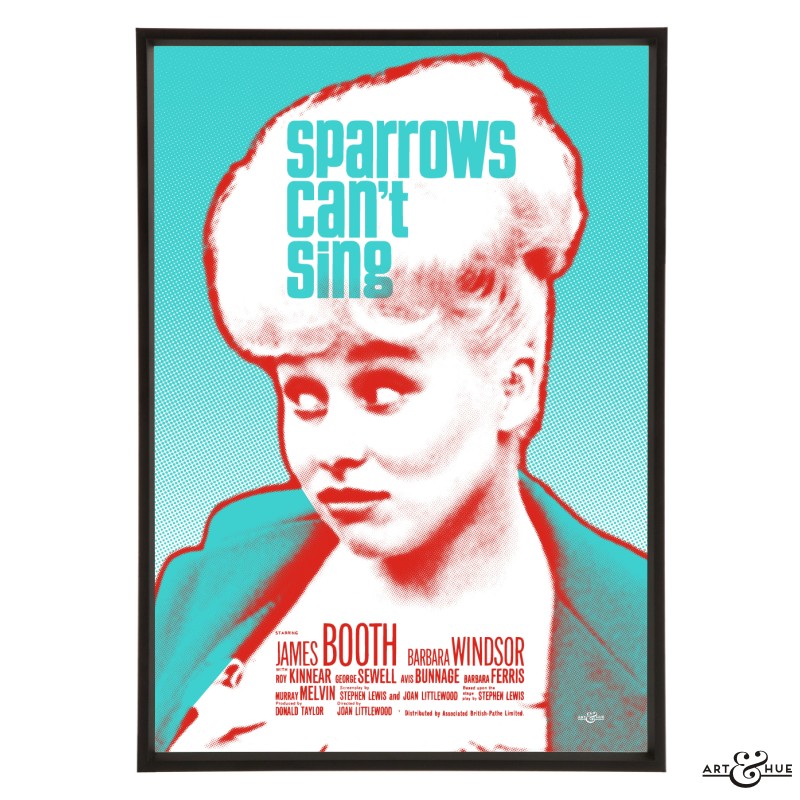 On the 26th of February 1963, the world premiere was held at the ABC cinema on the Mile End Road, attended by the Earl of Snowdon. The film then also opened at the Rialto cinema in London’s West End on the 27th of February 1963. 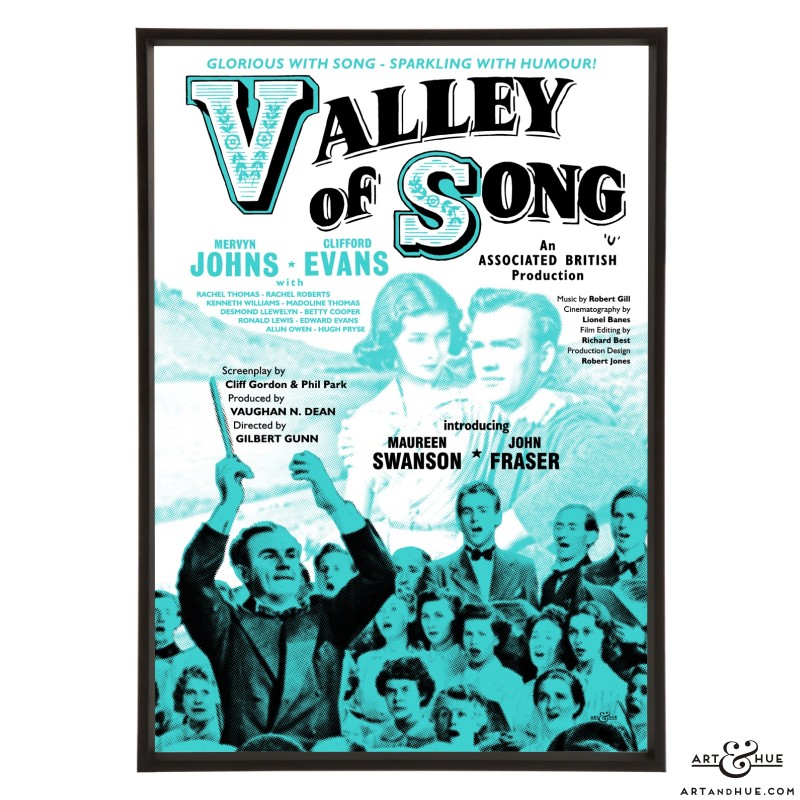 Filmed on location in Carmarthenshire in 1952, as well as at Elstree Studios, “Valley of Song” marks the first debut of Rachel Roberts and the first film credit for Kenneth Williams. After the initial trade screening to cinema bookers on the 26th of February 1953, “Valley of Song” had four simultaneous World premieres in Wales, opening at cinemas in Cardiff, Newport, Merthyr Tydfil, and Swansea, all on the 13th of April 1953. 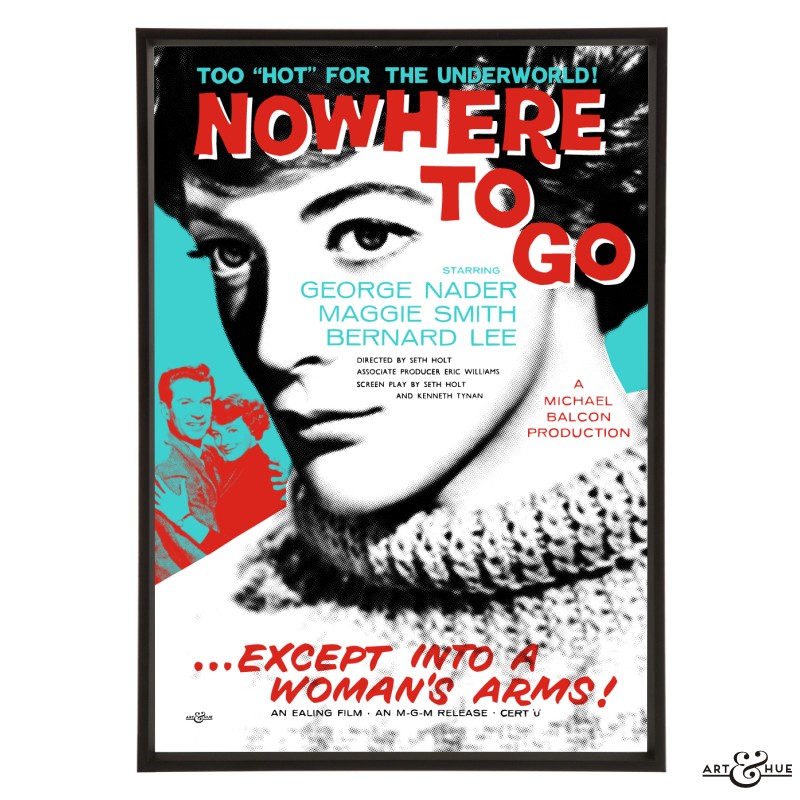 Making her inaugural film appearance in a main role at the age of 25, Maggie Smith received her first BAFTA nomination for the penultimate Ealing Studios film “Nowhere To Go”. 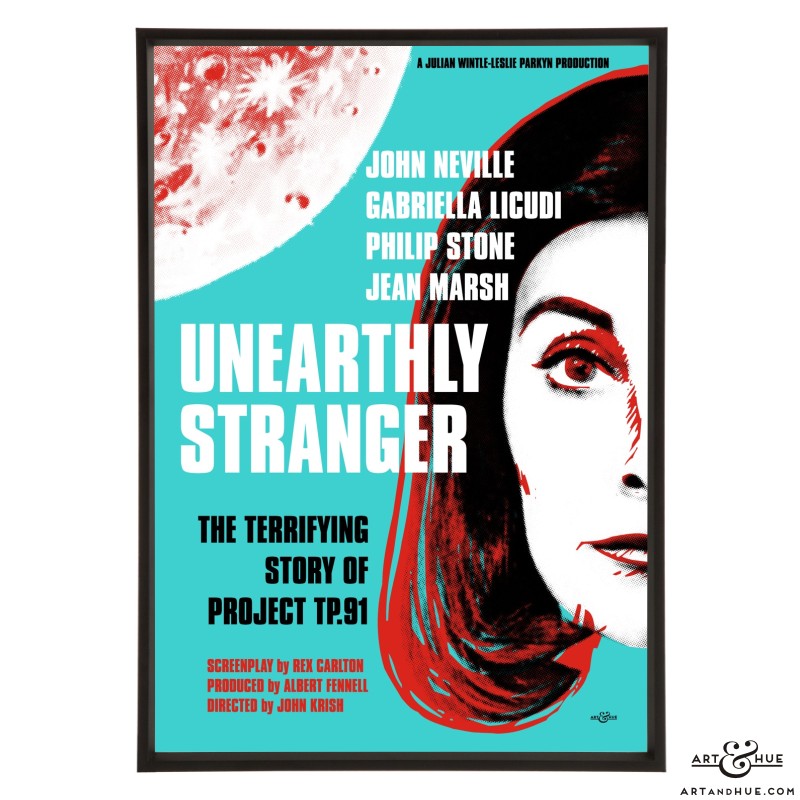 Starring John Neville, Philip Stone, Gabriella Licudi, and Jean Marsh, British sci-fi film “Unearthly Stranger” opened at the Rialto cinema in London on the 12th of September 1963. The film was produced by Julian Wintle and Albert Fennell who, along with Brian Clemens, also produced the classic TV shows “The Avengers“, “The New Avengers” with Joanna Lumley, and “The Professionals“. 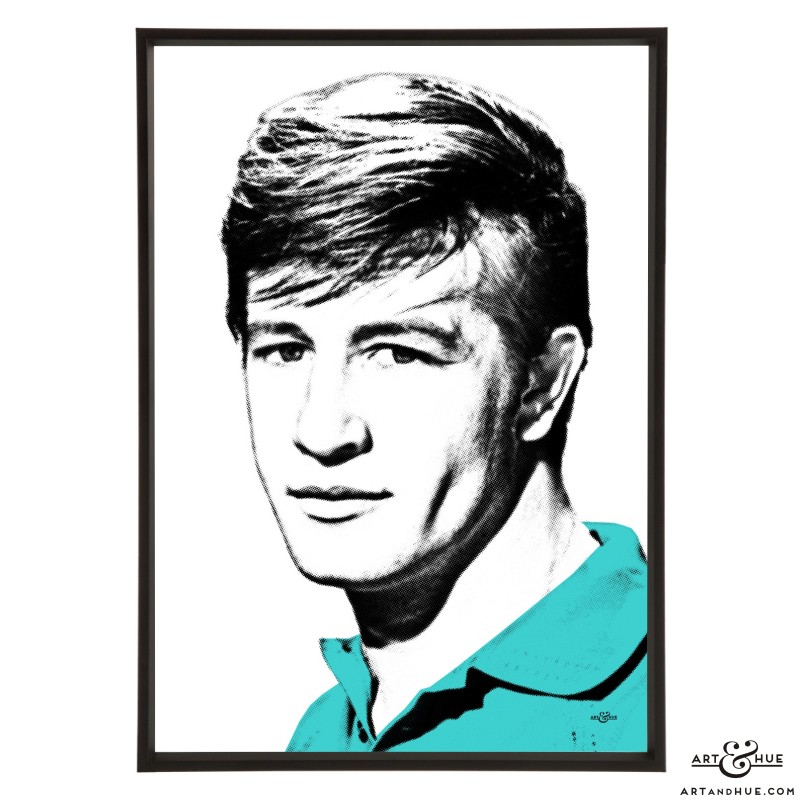 On the 10th of October 1963, Michael Winner directorial debut, the crime drama “West 11”, starring Alfred Lynch & Diana Dors, with an appearance by David Hemmings, opened at the Warner Cinema in London. Set in Notting Hill, which has the postcode W11 (West 11), the film is based on the novel “The Furnished Room” by Laura Del-Rivo, and was adapted for the screen by Willis Hall and Keith Waterhouse, the writer of the novel “Billy Liar”. 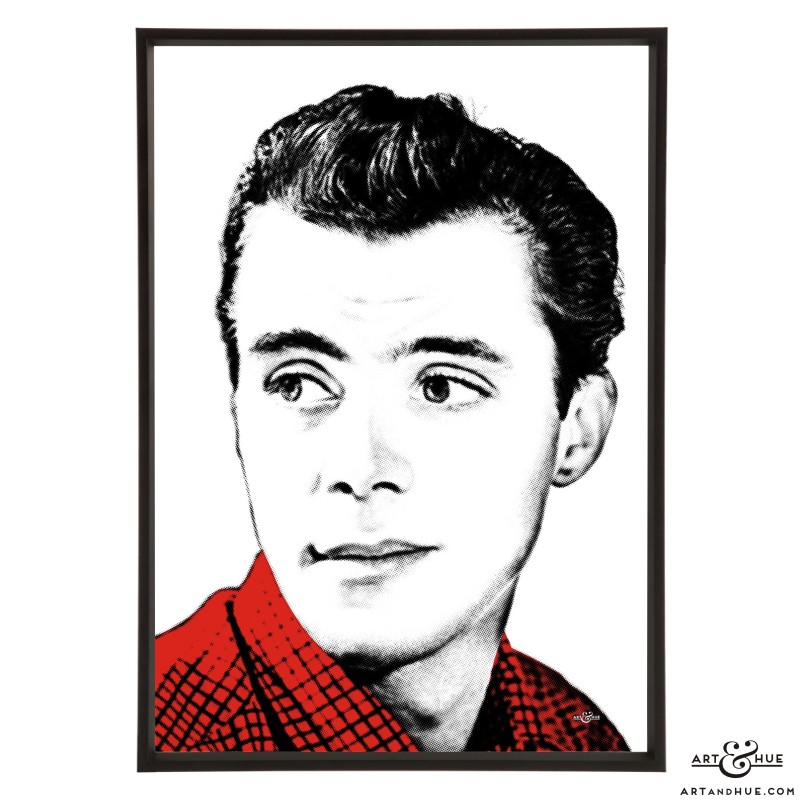 Starring Dirk Bogarde, the British film classic “The Servant” was first screened on the 3rd of September 1963 at the Venice Film Festival, where it was nominated for the Golden Lion award.

“The Servant” received an American premiere at the New York Film Festival on the 16th of September before opening at London’s Warner cinema on the 14th of November.

Starring Tony Hancock, “The Punch & Judy Man” opened at the Manchester Theatre Royal Cinema on the 31st of March 1963 before going on general cinema release on the 8th of April 1963.

Also featuring Barbara Murray & Eddie Byrne, the dark comedy was based on Hancock’s childhood recollections of being at the seaside. 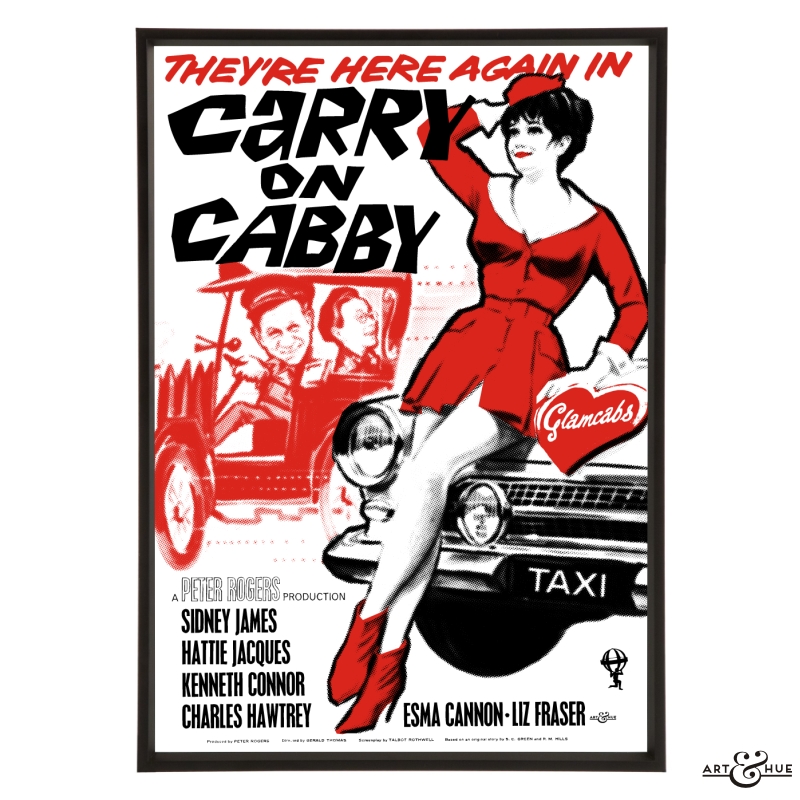 First screened to the trade (cinema distributors) on the 22nd of August, the film went on general release across the UK later the same year on the 7th of November 1963.

The first Carry On Film to be written by Talbot Rothwell, “Carry On Cabby” also marked the first appearance in the film series of Jim Dale. 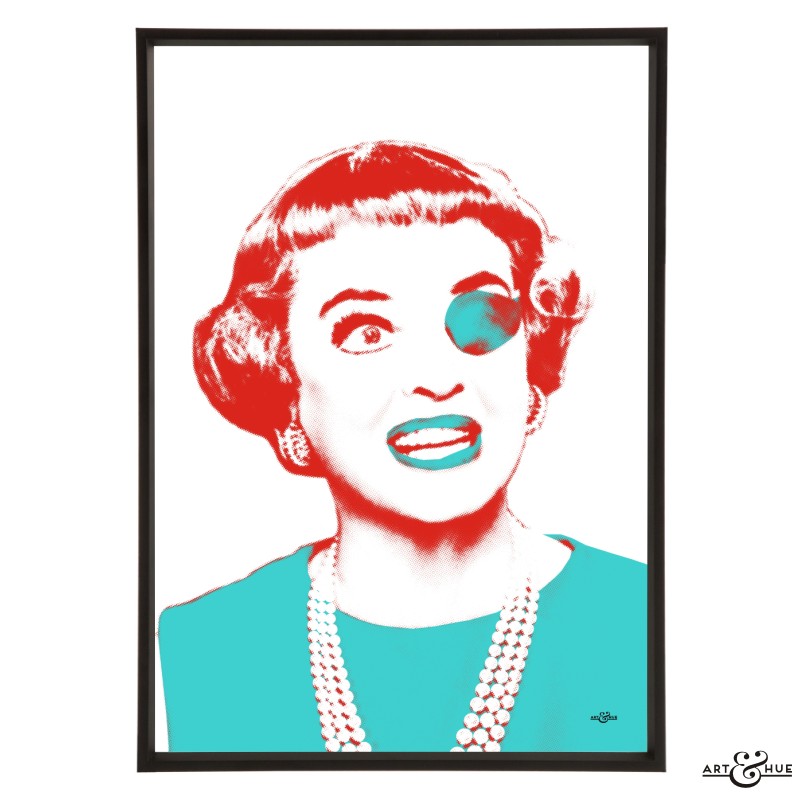 Filmed at Elstree Studios, “The Anniversary” was a non-horror production by Hammer Films and premiered at the Rialto cinema in London on the 11th of February 1968.

Starring screen queen Bette Davis as the vicious matriarch from hell, the 1968 production of “The Anniversary” was based on the stage play by Bill MacIlwraith. 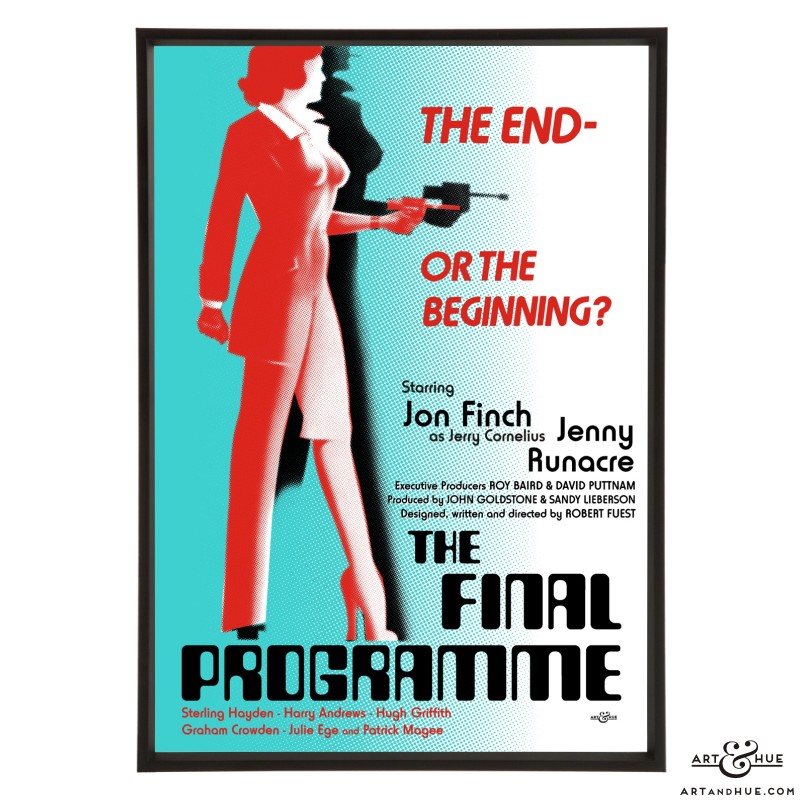 Cult British sci-fi film “The Final Programme” opened at the ABC Edgware cinema in London on the 7th of October 1973. 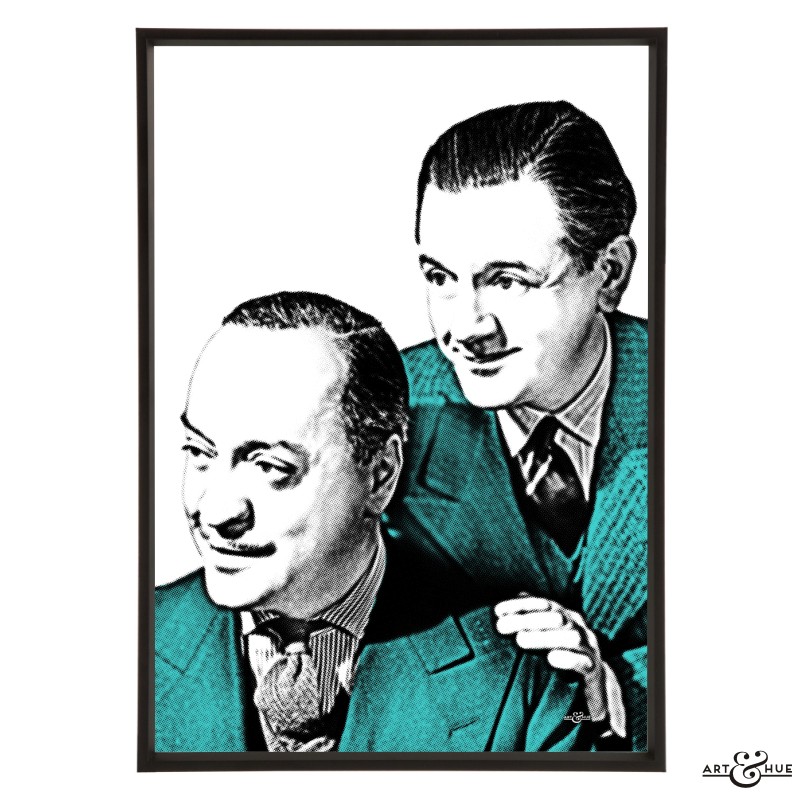 On the 7th of October 1938, Hitchcock film “The Lady Vanishes” which introduced Basil Radford & Naunton Wayne as Charters & Caldicott, with Margaret Lockwood, Michael Redgrave & Cecil Parker, opened at the Empire Leicester Square cinema. Successful actors individually, the pairing saw the birth of a cinematic double act like no other, before or since. They appeared together in many films including Ealing comedy “Passport to Pimlico“. 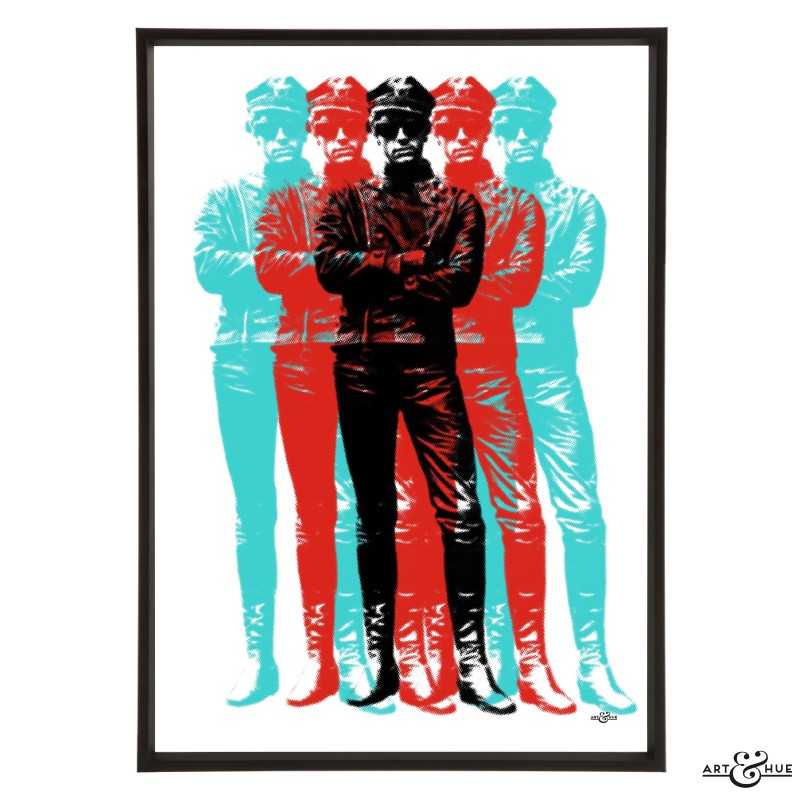 90 years ago, on the 1st of January 1933, the revolutionary playwright Joe Orton was born and, 55 years ago, on the 26th of September 1968, the Theatres Act received royal assent which ended censorship of the theatre – two events which eventually led to film adaptations of Orton’s groundbreaking plays, including “Entertaining Mr. Sloane” with Beryl Reid, and “Loot” with Hywel Bennett, Richard Attenborough, Dick Emery, & Milo O’Shea.

What a Crazy World 60th 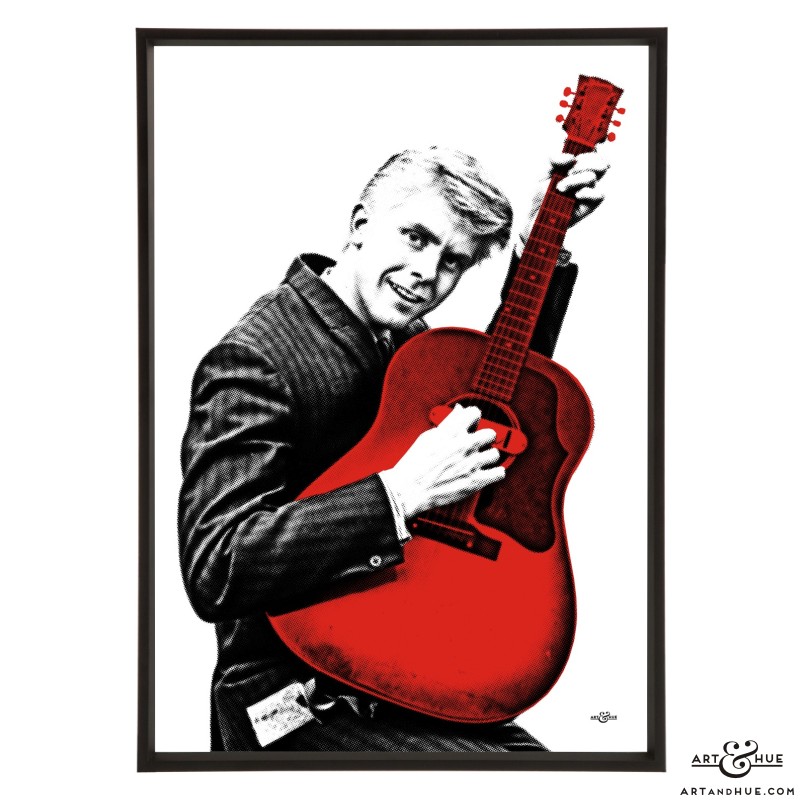 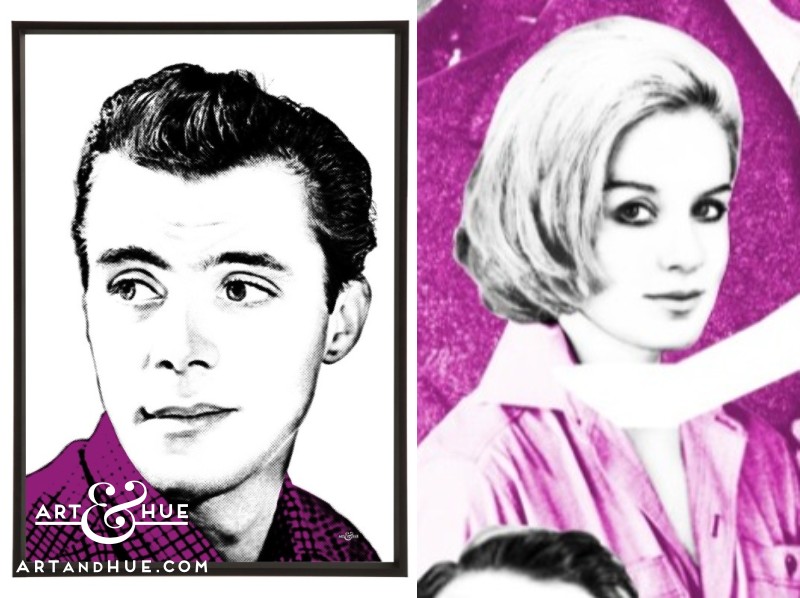 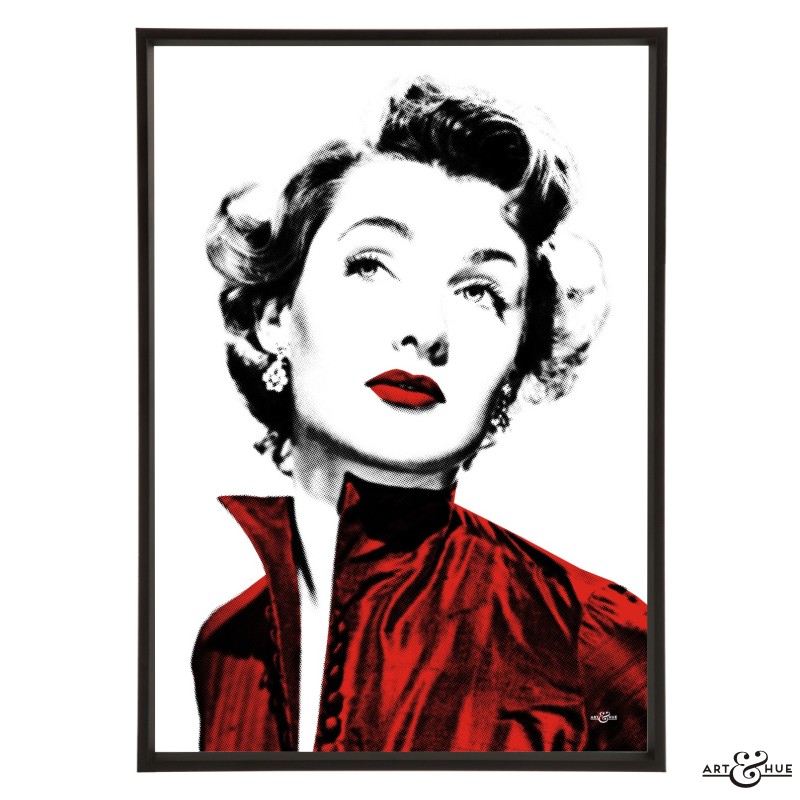 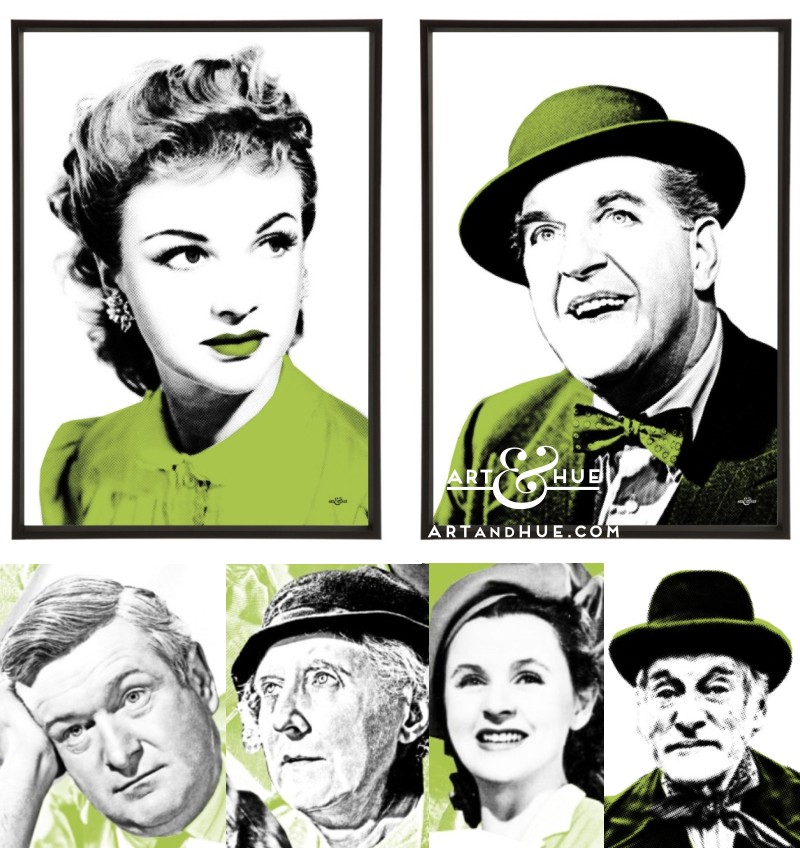 Starring Moira Lister in one of her earliest films for Ealing Studios, the comedy film “Another Shore” (with Stanley Holloway & Wilfrid Brambell) premiered at the Leicester Square Theatre in London on the 25th of November 1948. The Ealing film also includes Irish actors John Kelly, Sheila Manahan & Maureen Delany. 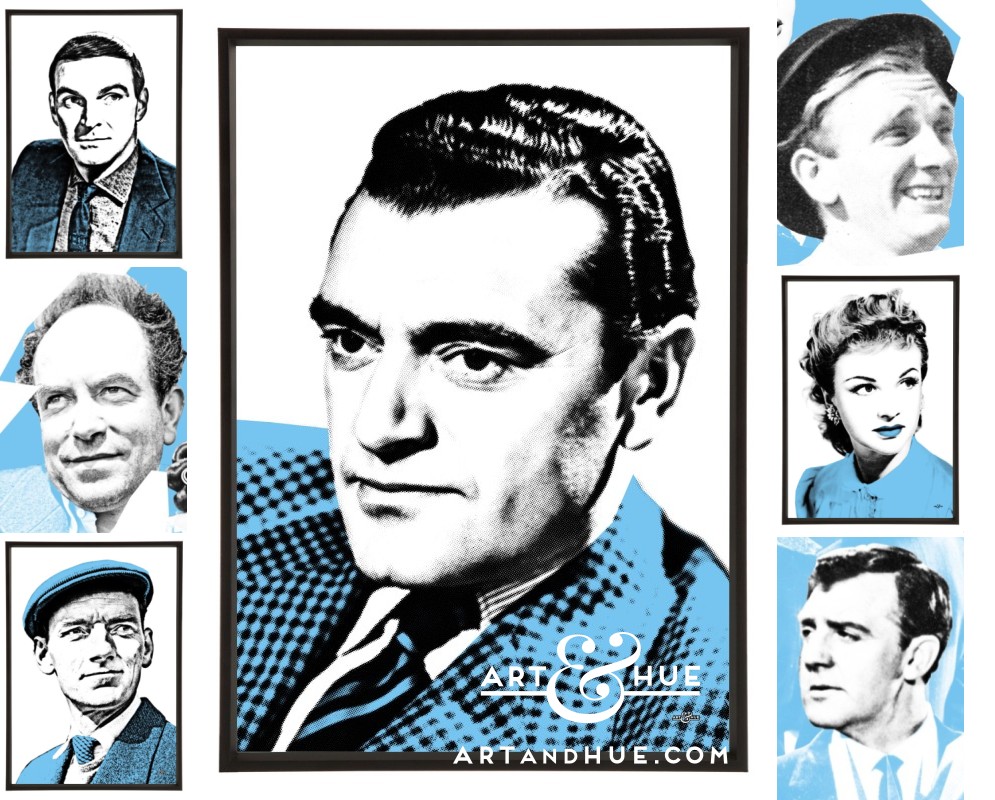 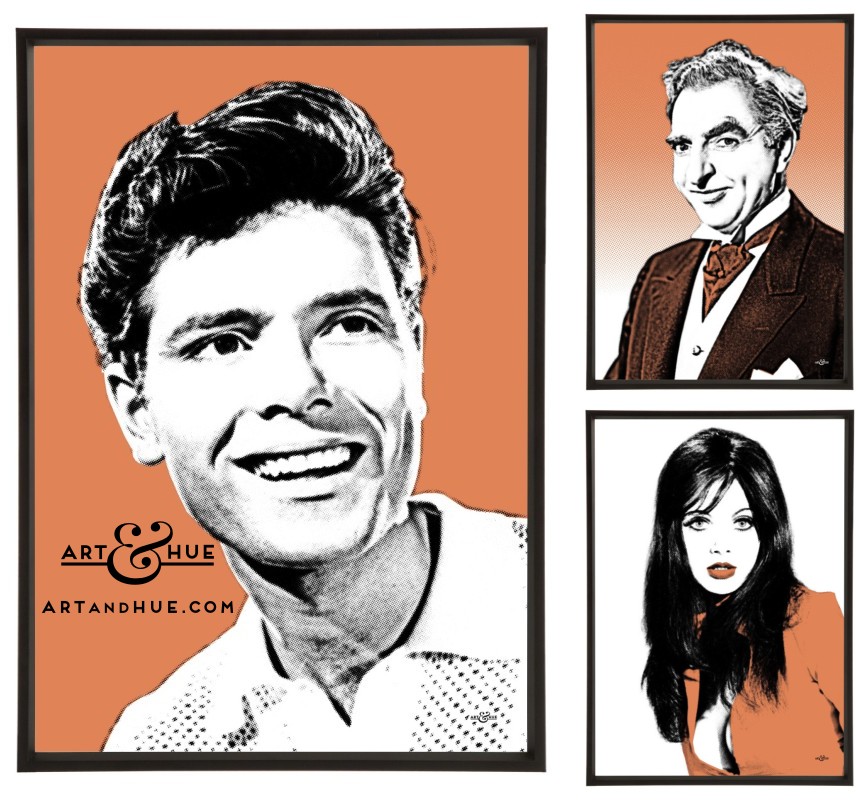 Filmed in Birmingham, it’s most appropriate that the Charity World premiere for Cliff Richard‘s final film “Take Me High” took place on the 20th of December 1973 at the ABC cinema in Birmingham. Also featuring Madeline Smith & Hugh Griffith, presumably Brumburgers were served on the opening night.

These are just some of the film anniversaries taking place in 2023 – there are more film milestones, as well as TV events, to celebrate this year. 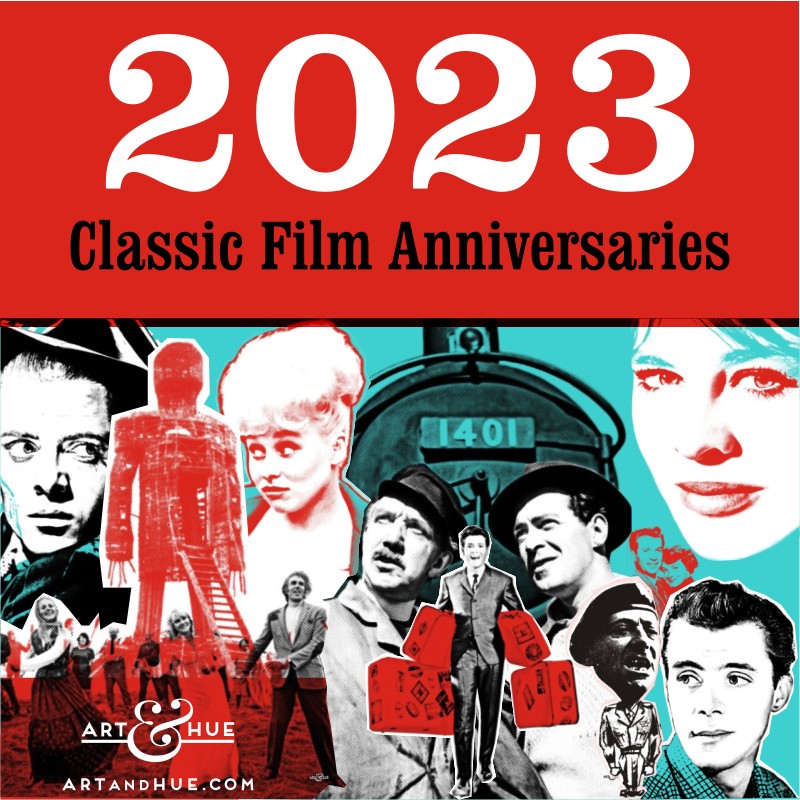