As well as this pop art portrait, Milo O’Shea is included on the Irish Film Map print, a stylish map of Ireland with Irish actors & actresses.

Milo O’Shea was a stalwart of British & Irish film, even making appearances in cult American productions. 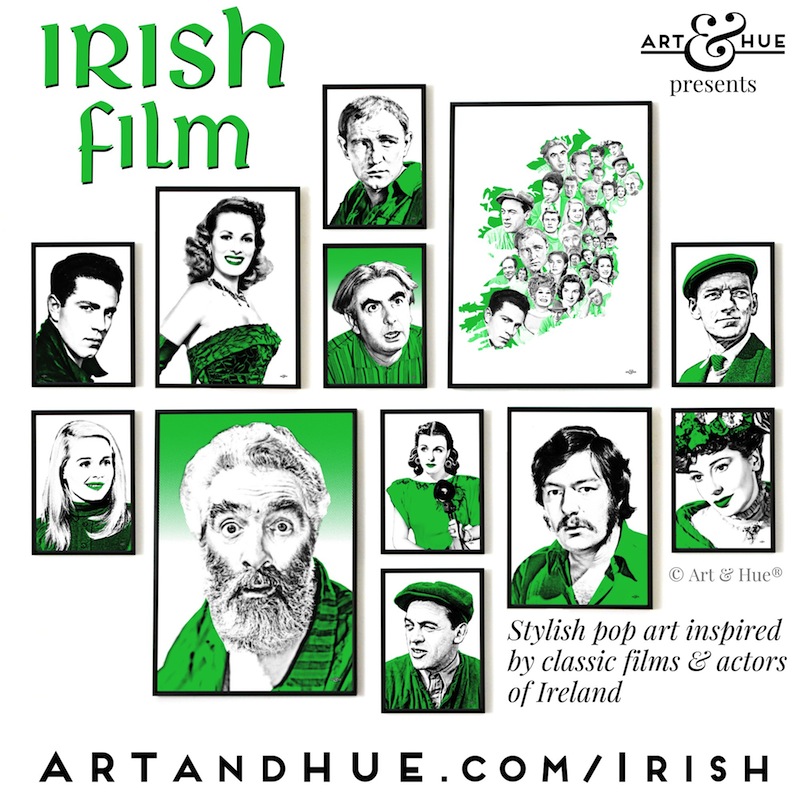