Jenny’s first role was an uncredited part in “Joanna” with Caroline Munro and was followed by an appearance in what many consider to be the best Bond film.

As well as being the presenter of “Saturday Night at the Mill” and the children’s TV show “Magpie”, considered the cooler rival of “Blue Peter”, some of Jenny’s television credits include “Department S” with Peter Wyngarde, “The Persuaders” with Roger Moore, “Shirley’s World” with Shirley MacLaine & John Gregson, “The Adventurer” with Dennis Price, “Orson Welles’ Great Mysteries” with Orson Welles & Harry Andrews, “Man About The House” with Yootha Joyce & Richard O’Sullivan, “Zodiac” with Anouska Hempel, “Softly Softly: Task Force”, “The Two Ronnies” with Ronnie Barker, Ronnie Corbett, & Carol Hawkins, “Return of the Saint”, & “Eric & Ernie’s Xmas Show” in 1978 along with Leonard Rossiter.

Produced by the filmmakers behind the Doctor film series starring Dirk Bogarde & James Robertson Justice, “Percy’s Progress” was released as “It’s Not the Size That Counts” in America. The film is a sequel of sorts to the 1970 film “Percy” with Britt Ekland, Patrick Mower, & Antonia Ellis.

Discover “Percy’s Progress” on Blu-ray or DVD via Amazon. 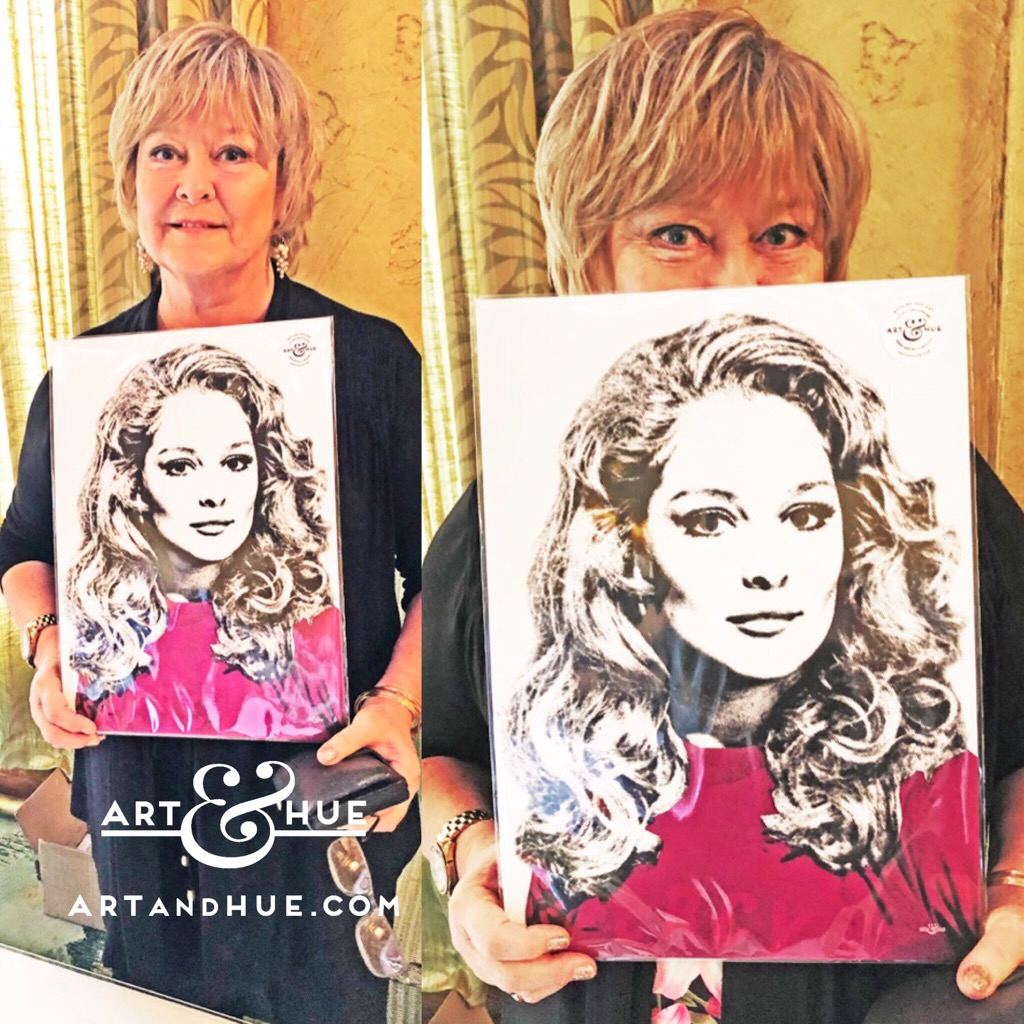 The lovely Jenny Hanley was presented with this art print at the Talking Pictures Festival in October 2019. It’s a thrill to know that she has it and to hear that she loves her pop art print!