New 4k restoration of The Servant 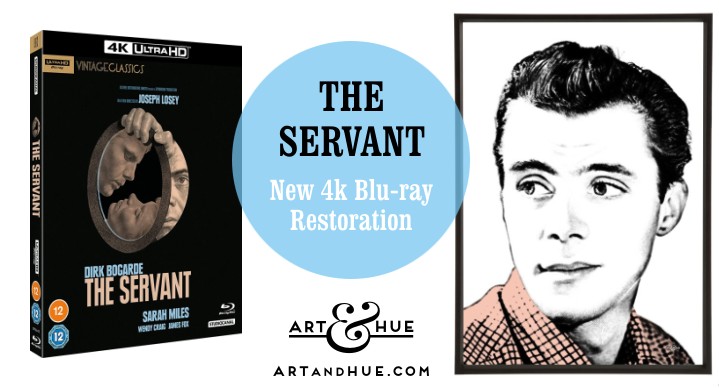 New 4k restoration of the classic 1963 film “The Servant” with Dirk Bogarde.

The British film classic “The Servant” starring Dirk Bogarde has been restored with a new 4k print available soon, in cinemas and on Blu-ray.

Dirk Bogarde had previously worked with director Joseph Losey on “The Sleeping Tiger” with Hugh Griffith, and went on to work together again on “The Servant”, “King & Country”, “Modesty Blaise” with Monica Vitti & Terence Stamp, and “Accident” with Stanley Baker. 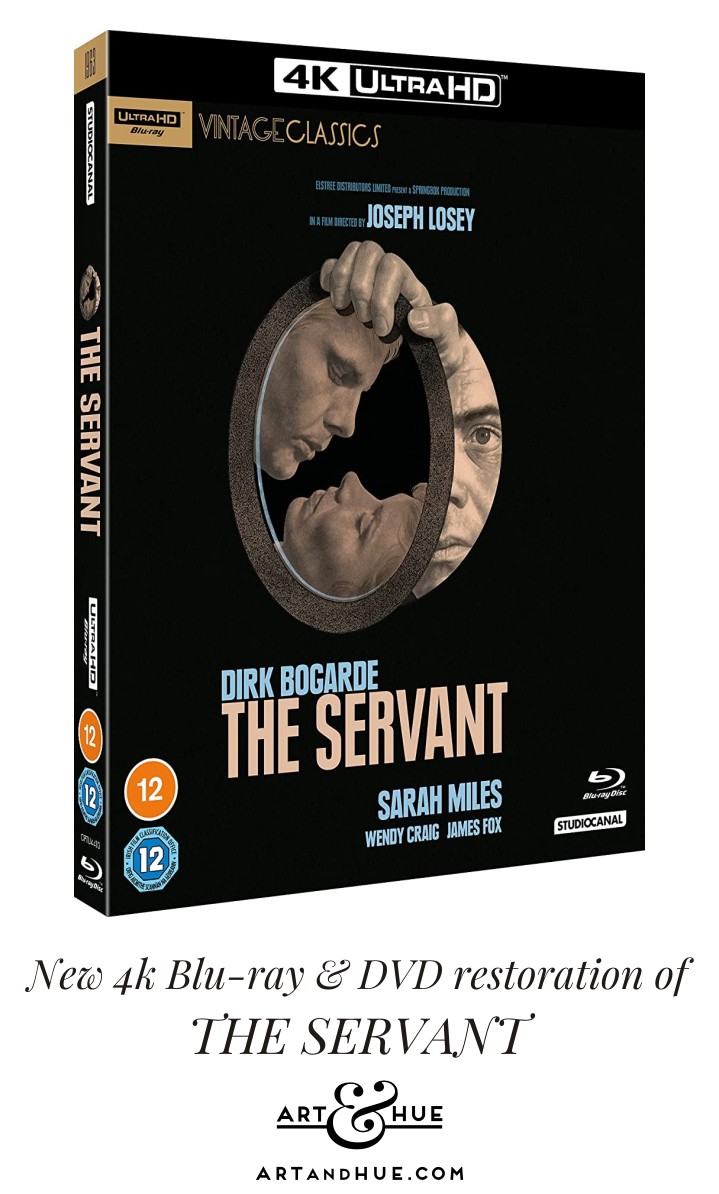 First screened on the 3rd of September 1963 at the Venice Film Festival. 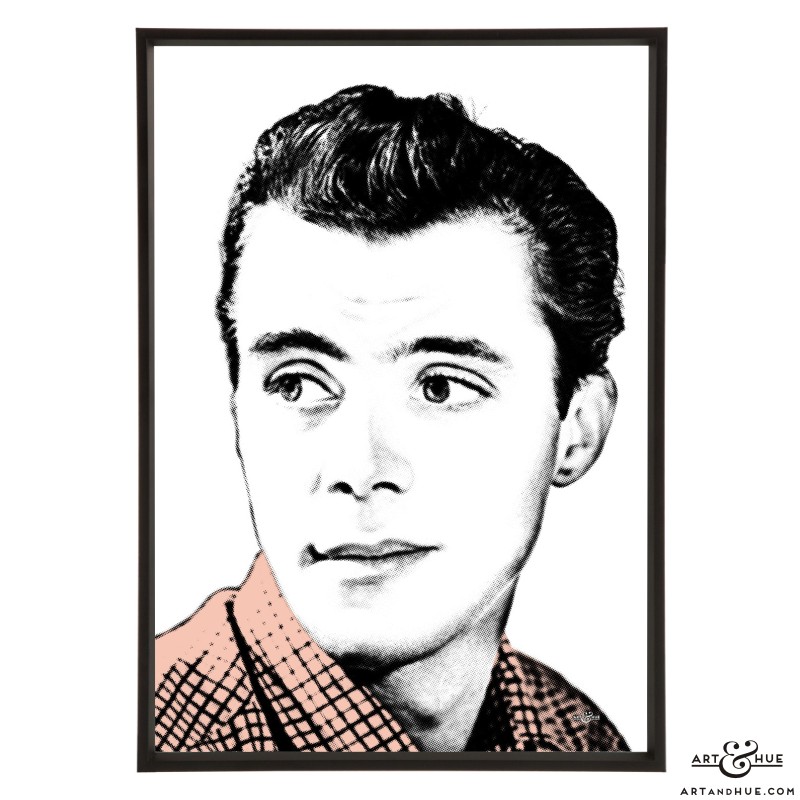 First screened on the 3rd of September 1963 at the Venice Film Festival, where it was nominated for the Golden Lion award, “The Servant” received an American premiere at the New York Film Festival on the 16th of September before opening at London’s Warner cinema on the 14th of November.

Cited by Bong Joon Ho as one of five films that influenced his masterpiece “Parasite”, “The Servant” is considered ahead of its time for its ambitious cinematography and its exploration of class and sexual politics in 1960s Britain. It boasts award-winning cinematography from Douglas Slocombe (also the cinematographer of “The Italian Job“, “The Young Ones“, “Dead of Night” with Michael Redgrave, Basil Radford & Naunton Wayne, and classic Ealing comedies including “Kind Hearts & Coronets” and “The Lavender Hill Mob“) a soundtrack by The Avengers composer John Dankworth (partner of Cleo Laine), and is considered by many to be one of the greatest British films of the last century.

The film won the BAFTAs for Best Cinematography (Douglas Slocombe), Best Actor (Dirk Bogarde), and Most Promising Newcomer (James Fox), and was nominated for the Best Picture, Best Actress, and Best Screenplay BAFTAs.

Available to own on 20th September, or via pre-order now, the special UHD collector’s edition Blu-ray is presented in both 1.66 and 1.77 aspect ratios. There’s plenty of bonus content including a brand-new video essay with Matthew Sweet and Phuong Lee, a new location featurette, plus interviews and commentaries with cast, crew and industry experts. The full list of extras in the Collector’s edition includes: 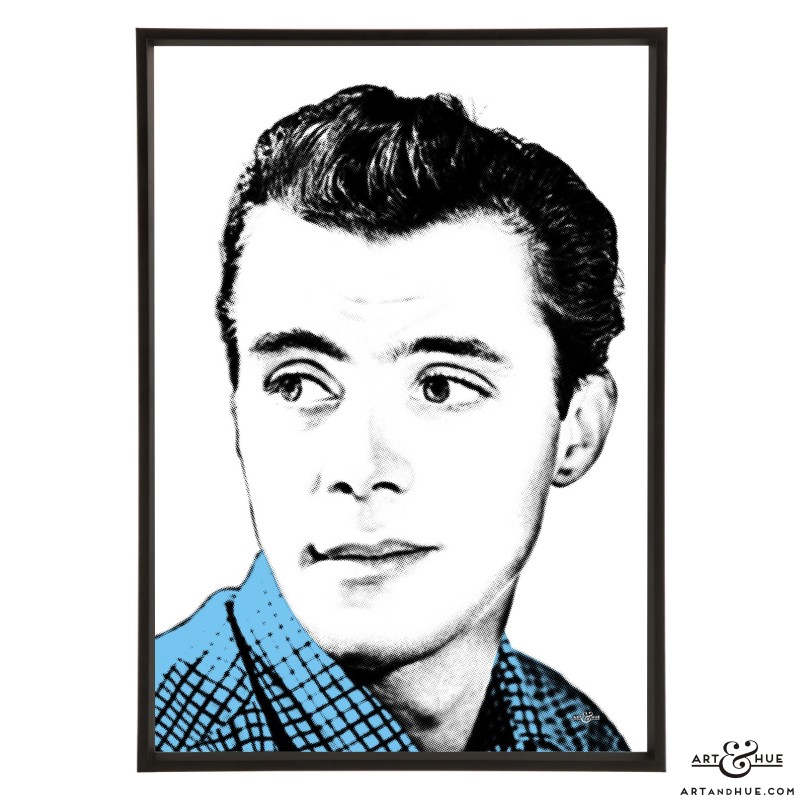 ABOUT THE RESTORATION
Scanned from the original negative on the ARRI 4K, the restoration was completed at Silver Salt, taking 450 hours. In-depth manual repair was undertaken on certain reels, some requiring significant stabilising and dirt clean-up work and sections of the film were wet-gate scanned and scratch fixed.

Pre-order the Collector’s Edition, Blu-ray or DVD, due for release on the 20th of September 2021, via Amazon. 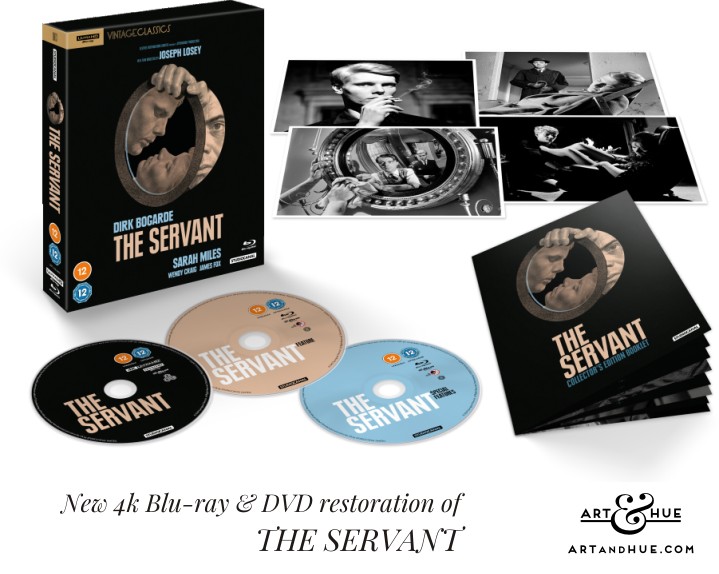 The Servant at Amazon

← 50 years of On the Buses!
Remembering Earl Cameron →