70 Years of Kind Hearts and Coronets

Today marks a very special celebration for fans of classic films as it’s 70 years to the day since the third of the classic 1949 Ealing Comedies was released in cinemas.

On the 23rd of June 1949, “Kind Hearts & Coronets” opened at the Leicester Square Odeon cinema in London, appropriately enough on Dennis Price’s birthday. 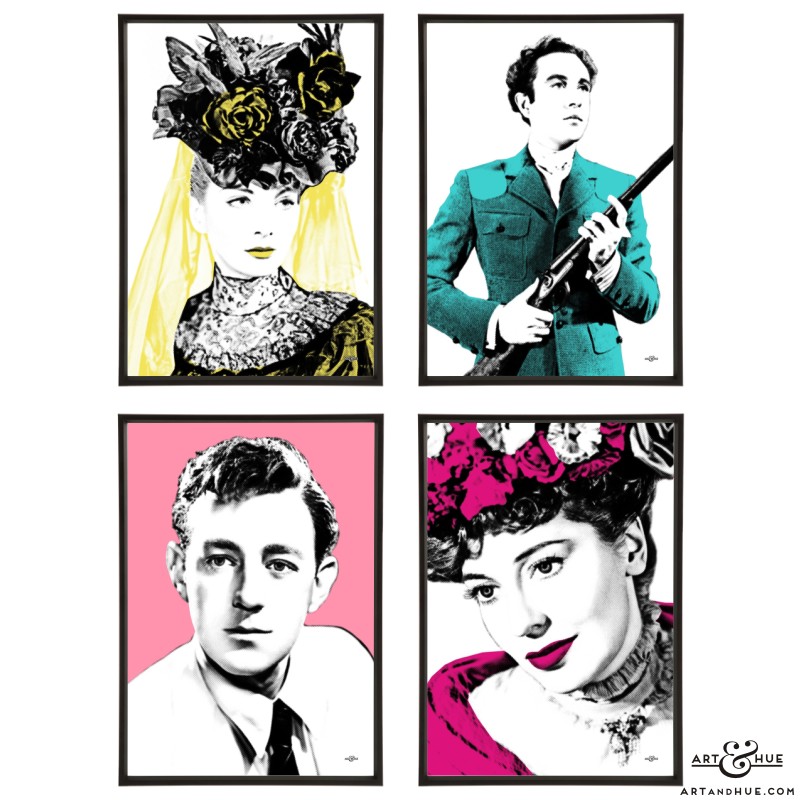 Regarded by many as the finest Ealing comedy, “Kind Hearts & Coronets” sees Dennis Price’s disowned character Louis Mazzini plot to kill off the entire D’Ascoyne family, all played by Alec Guinness, so he can inherit the dukedom.

Produced under the stewardship of Michael Balcon at Ealing Studios, “Kind Hearts & Coronets” was one of the most popular films of 1949 and, along with “Passport to Pimlico” and “Whisky Galore!”, all released in the same year within the space of two months, firmly established the Ealing Comedies.


The post-war films tapped into the public mood, presenting tales of the small underdog battling a larger enemy, generally state bureaucracy or established institutions, and whilst the morals of the time couldn’t allow crime or rebellion to go rewarded, for a brief moment, audiences could will on the unlikely heroes.

Nominated for a BAFTA, along with the Ealing Comedies “Passport to Pimlico” and “Whisky Galore!”, it missed out to Carol Reed’s film noir “The Third Man“, which is also celebrating its 70th anniversary in 2019.

Starring Alec Guinness as all nine members of the D’Ascoyne family who stand in the way of Dennis Price‘s goal, the film sees Louis Mazzini torn between the affections of Edith D’Ascoyne, played by Valerie Hobson, and his childhood friend Sibella, portrayed by Joan Greenwood.

Widely considered to be one of the best (if not THE best) of the Ealing comedies, “Kind Hearts & Coronets” has undergone an extensive 4K restoration by the BFI and will be released by Studiocanal on Blu-ray tomorrow, the 24th of June (although there have been sightings on social media of early pre-order deliveries from Amazon already).

As well as the Blu-ray release, the film continues to be screened across the country so check your local cinema listings to see if its in your area to get the full cinematic experience. The 35mm nitrate original negative of “Kind Hearts & Coronets” from the Studiocanal archives was scanned in 4K resolution by the BFI archive, after which the resulting files were sent for restoration and colour grading. Extensive manual correction was carried out on a frame by frame basis to fix large dirt debris, warping, tears, scuffs and scratches.

The Blu-ray features many extras including an essay by writer & broadcaster Matthew Sweet (who presents Radio 3’s marvellous “Sound of Cinema“), on the differences he uncovered in the archives between the original draft screenplay and the final film.

The Collector’s Edition of the film includes the restored “Kind Hearts & Coronets” on Blu-ray, a DVD plus booklet, art cards and a new theatrical poster. A brand new featurette called “Once More with Ealing” includes interviews with filmmakers Whit Stillman, Paul King, Stephen Woolley and critic Peter Bradshaw discussing their love for Ealing; the film will have an optional audio commentary with Terence Davies, Peter Bradshaw and Matthew Guinness; the alternate American ending with commentary; as well as John Landis intro; BFI’s Introducing Ealing Studios; plus stills galleries of behind the scenes and costumes.
To illustrate the change in audience expectations, it’s of interest to note that the film originally warranted an “A” classification upon its 1949 release (for Adults only) whereas the reissue is “U” (universally suitable for all ages). One reviewer at the time regarded the 8th Duke’s dispatching to be “brutal and shocking”.

It would be of interest to know the opinion of the cinema bookers who were invited to the trade-only screening, which took place on the 14th of June 1949 according to the film’s files in the archives, but as two previous Ealing Comedies had already proved so successful at the box office, they probably weren’t troubled with many ethical doubts.

Art & Hue had the pleasure to delve into the archives for the Ealing Comedy “Kind Hearts & Coronets” to create stylish pop art prints of Joan Greenwood, Valerie Hobson, & Dennis Price, available in three sizes and 18 colours, as part of the Ealing comedies collection. So charge your glasses with port and raise a toast to “Kind Hearts & Coronets” and the 70th anniversary!