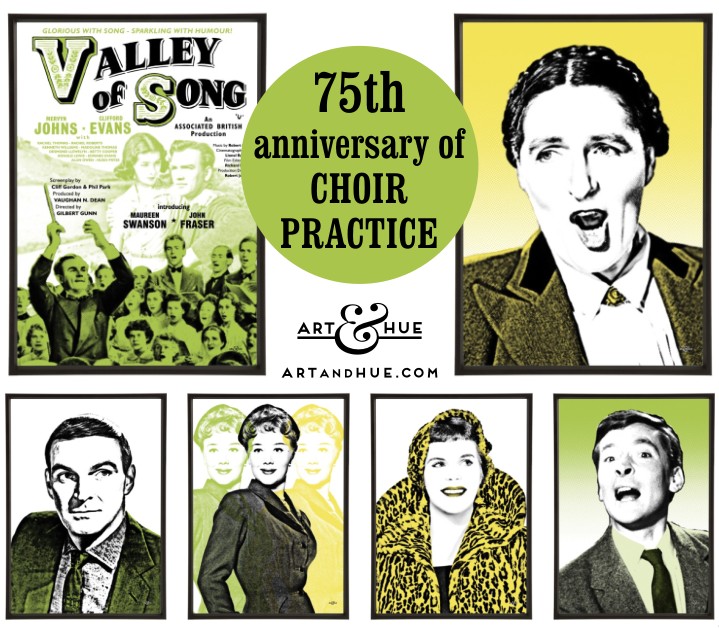 With the vocal talents of Ivor Novello, Glynis Johns, and Rachel Thomas, the radio play was subtitled “a storm in a Welsh teacup”.

Set in the Welsh fictional mining village of Cwmpant, listeners were charmed by the story of rival families jockeying for position in the local choir to sing Handel’s Messiah, with a Romeo & Juliet subplot.

Broadcast on the 7th of March 1946 at 9.30pm in a “Musical Theatre of the Air” slot, the life of Cliff Gordon’s radio play extended beyond its original airing. Apart from the recording of the performance being repeated, Ivor Novello developed it into a stage musical, and a television adaptation was screened in 1949 on the 30th of July. 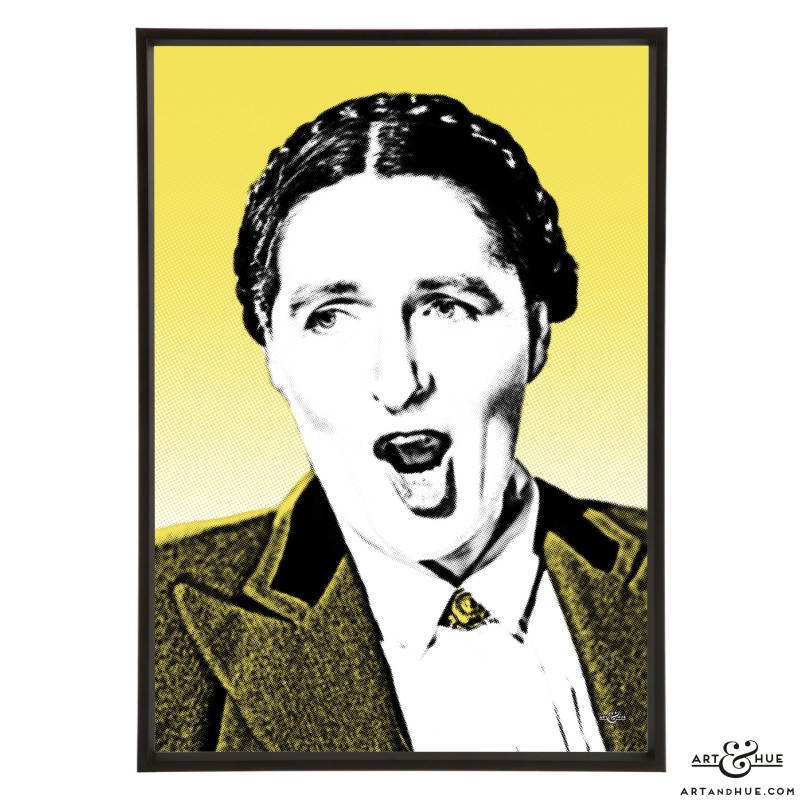 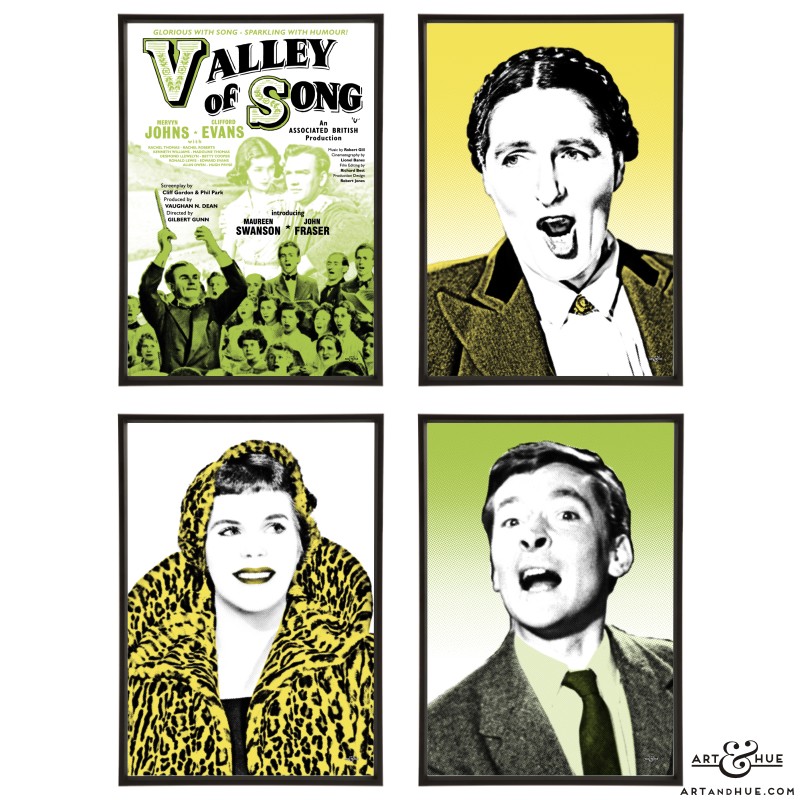 That wasn’t to be in the end of the charming tale however as “Choir Practice” was then adapted for film.

With the working title of “Choir Practice”, which is the name Kenneth Williams calls it in his diary when he filmed his one scene on the 24th of October 1952 at Elstree Studios, the name changed before release and became “Valley of Song“.

The film had four simultaneous World premieres in Wales, opening at cinemas in Cardiff, Newport, Merthyr Tydfil, and Swansea, all on the 13th of April 1953.

During his tenure as the director of the Swansea Grand Theatre’s repertory company, Clifford Evans hired Rachel Roberts and Kenneth Williams to be a part of the permanent cast, and it may well be Evans recommended Williams for the small role in the film.

On the subject of the Swansea rep, Richard Burton came to play Konstantin in the first Welsh run of Chekhov’s “The Seagull”. Co-starring Wilfrid Brambell, Kenneth Williams understudied Burton in the 1950 production (and nearly had to go on). 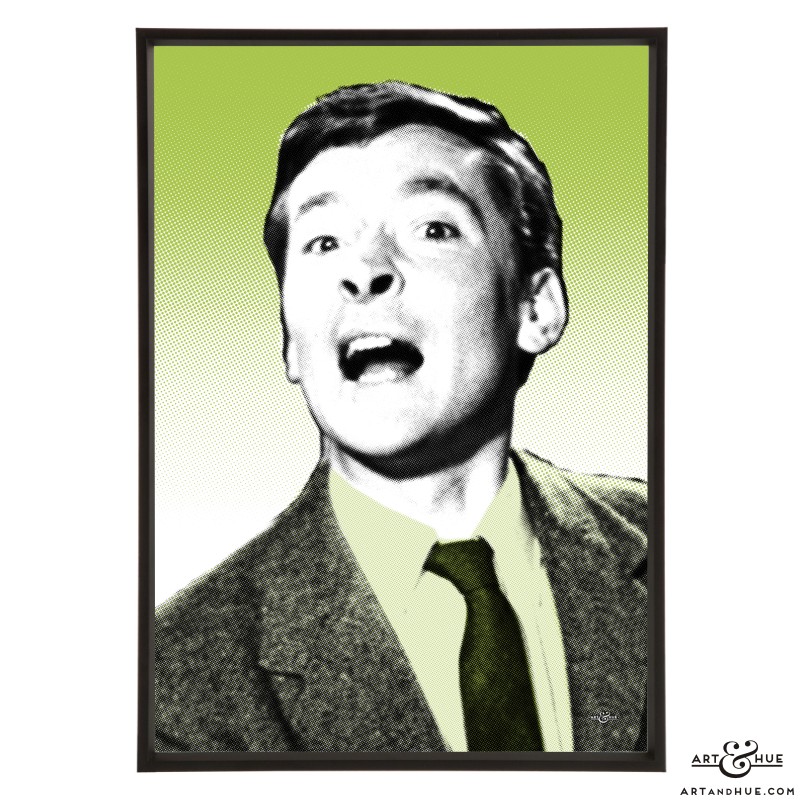 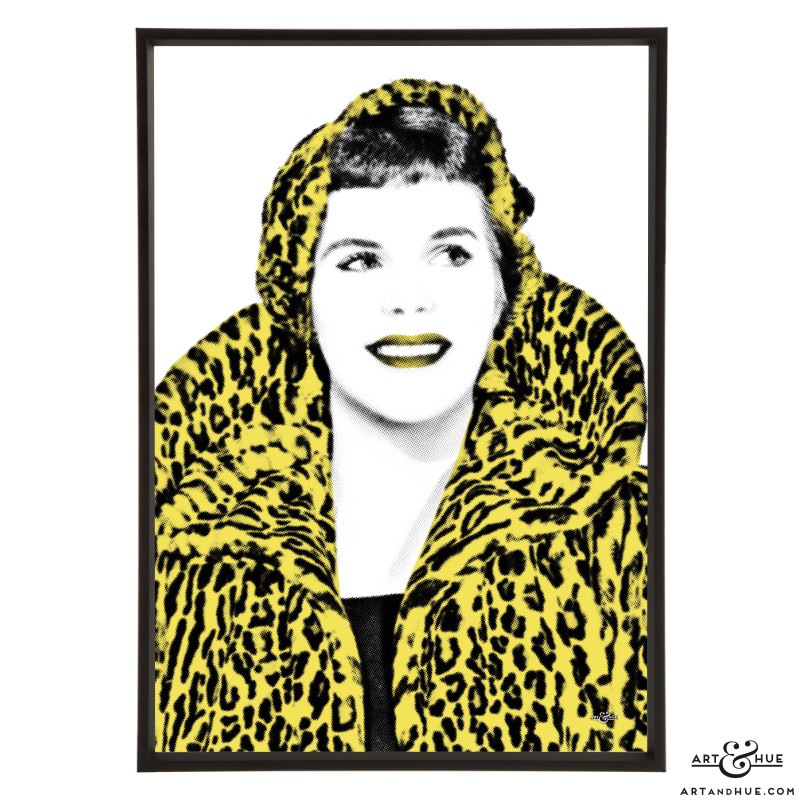 “Valley of Song” also included early screen appearances of Desmond Llewellyn (Q in the Bond films) as a school teacher, and Ronald Lewis as a Welsh miner.

Although they’d appeared in a couple of projects before “Valley of Song“, the film “introduces” John Fraser and Maureen Swanson as the star-crossed lovers from rival families.

Directed by Gilbert Gunn, who also directed “Elstree Story”, “What a Whopper”, and “Operation Bullshine”, the film’s crew included cinematographer Lionel Banes, who worked on “Passport to Pimlico“, “The Saint“, and many episodes of “The Avengers“, as well as editor Richard Best, who edited “The Dam Busters”, “Yield to the Night” with Diana Dors, “Ice Cold in Alex”, “School for Scoundrels“, and episodes of “The Avengers“.

“Valley of Song” art director Robert Jones also designed the look of many other productions, including 52 episodes of “The Avengers“, “Captain Kronos: Vampire Hunter” with Caroline Munro, “The Good Companions” with Janette Scott, “Percy” with Britt Ekland & Antonia Ellis, “The Punch & Judy Man“, “The Bargee” with Harry H. Corbett & Ronnie Barker, “The Pot Carriers”, “West 11” with Alfred Lynch, “Crooks in Cloisters” with Barbara Windsor, “Carry On Girls”, and the film versions of sitcoms “The Likely Lads” and “Are You Being Served?“.

Incidentally, the playwright Cliff Gordon is also credited with discovering the vocal talent of Dame Shirl and providing her first break into show business. He invited the 16 year old to join his touring show resulting in Dame Shirl making her first theatre appearance in Luton in June 1953. 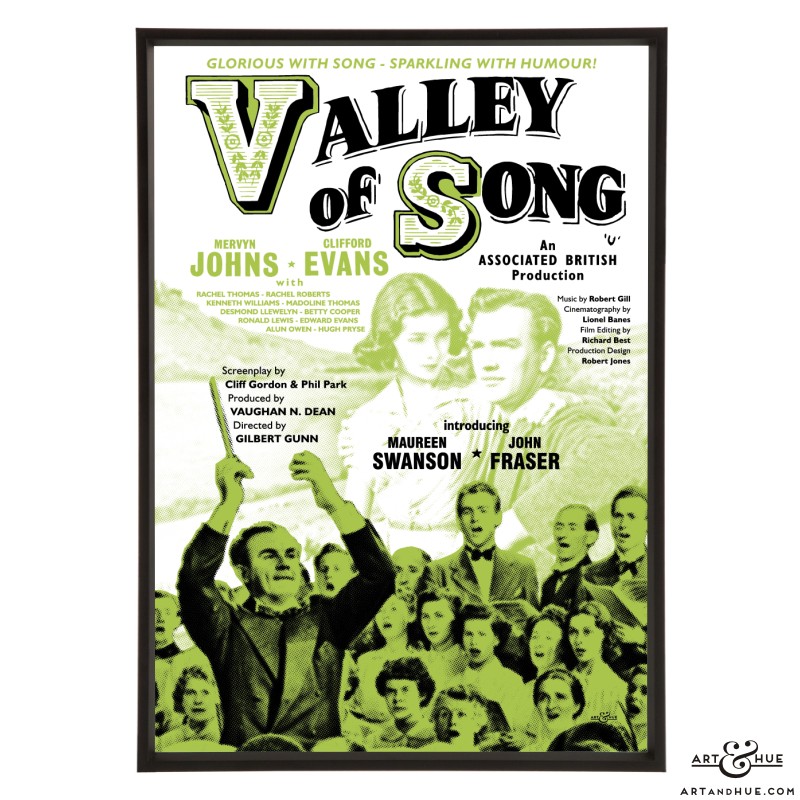 From a radio play, presumably believed to be a one-off performance at the time, Cliff Gordon’s story went on to help promote the careers of many great actors and crew who cut their teeth on the adaptations.