70 years of The Lavender Hill Mob

Happy Birthday to “The Lavender Hill Mob” which turns 70 today!

Today marks 70 years to the day since the classic 1951 “The Lavender Hill Mob” was released.

On the 28th of July in 1951, “The Lavender Hill Mob” opened at the Marble Arch Odeon cinema in London with a charity premiere, and proved to be a critical & box office success. 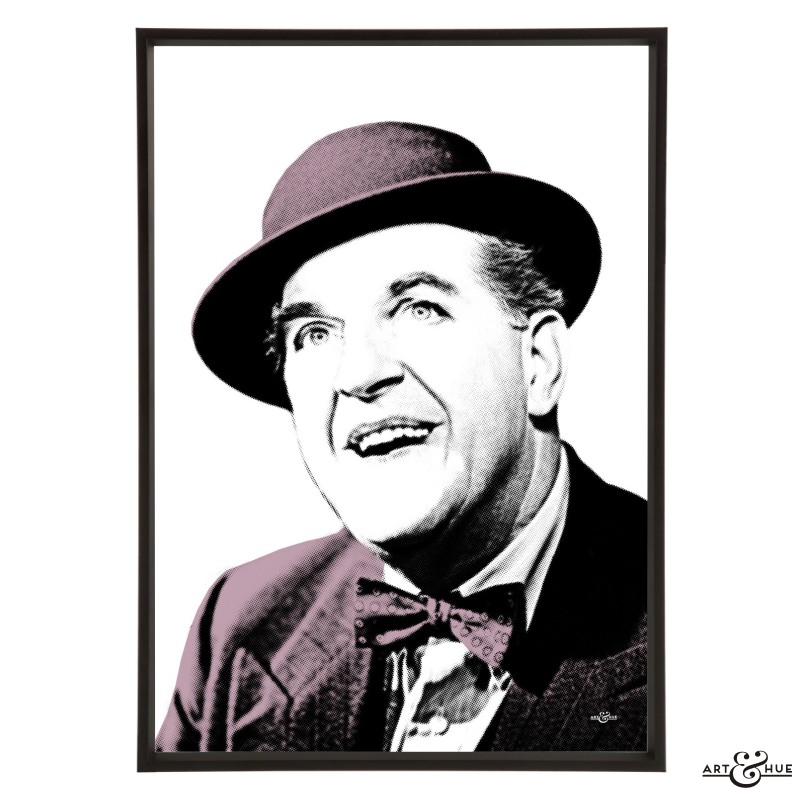 Whilst initially working on “Pool of London“, the writer T.E.B. Clarke reportedly got the idea for “The Lavender Hill Mob”. The film sees Alec Guinness & Stanley Holloway as members of a criminal gang who plot to steal gold bullion which will be melted down and smuggled abroad. Without giving away too much of the story, the gang end up in Paris where the Eiffel Tower features heavily.

Crime couldn’t be seen to pay in 1951 so the scheme is thwarted but, as with most Ealing comedies, the audience is willing on the main characters to succeed.

The post-war Ealing comedies tapped into the public mood, presenting tales of the small underdog battling a larger enemy, generally state bureaucracy or established institutions, and whilst the morals of the time couldn’t allow crime or rebellion to go rewarded, for a brief moment, audiences could will on the unlikely heroes.

The film also features Sid James, Meredith Edwards, John Gregson, and a brief cameo by Audrey Hepburn before she became an international star. The following year she was cast in “Secret People” which led to her successful screen test for “Roman Holiday“.

“The Lavender Hill Mob” had its charity world premiere at the Marble Arch Odeon cinema in London on the 28th of June 1951.

The film won the BAFTA Award for Best British Film, the Academy Award for Best Story & Screenplay, and Alec Guinness was nominated for the Best Actor Oscar.

If there’s one actor who’s most readily associated with the classic Ealing comedies, it’s Alec Guinness. He appeared in six Ealing comedies, playing multiple parts in two of them. “Kind Hearts & Coronets”, “A Run For Your Money”, “The Man in the White Suit”, “The Ladykillers“, “Barnacle Bill”, and, of course, “The Lavender Hill Mob”.

Along with Alec Guinness, Stanley Holloway is one of the actors most closely associated with the Ealing comedies. 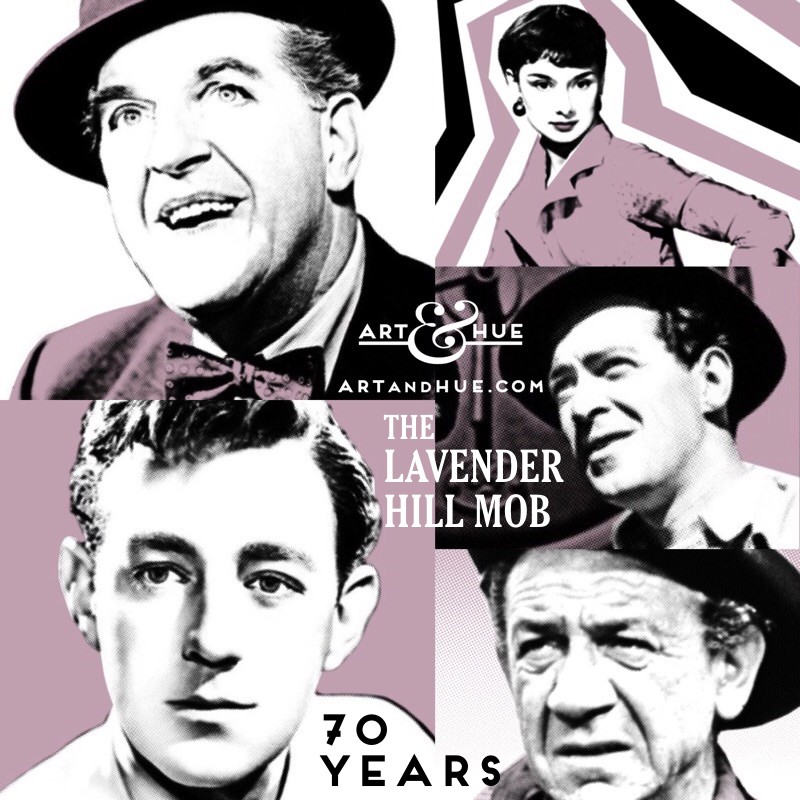 Holloway is well-known to many as Eliza Doolittle’s father in “My Fair Lady” where he was reunited with Audrey Hepburn having both appeared in “The Lavender Hill Mob”.
Art & Hue had the pleasure to delve into the archives of the Ealing Comedies to create a collection of stylish pop art prints related to the films, all available in three sizes and many colour options.

As Alec Guinness was in a South American bar drinking cocktails in the film, charge your glasses with a mojito and raise a toast to “The Lavender Hill Mob” and the 70th anniversary!

The Lavender Hill Mob at Amazon

You are now leaving Art & Hue
Art & Hue is not responsible for the policies or content of any third-party sites. As an Apple affiliate, Art & Hue may earn from qualifying purchases & Apple will place a cookie on your device to track purchases on their site.

The Lavender Hill Mob at iTunes