60 Years of The Avengers

2021 marks 60 years since “The Avengers” first debuted on British television in January 1961.

On the 7th of January 1961, audiences were introduced to Ian Hendry as Dr David Keel and Patrick Macnee as John Steed in the first ever episode of the new series of “The Avengers” called “Hot Snow”.

Broadcast live on the ABC Midland & Northern channel at 10pm, “The Avengers” came about because of Ian Hendry’s role as a doctor in the short-lived crime drama “Police Surgeon”. Hendry proved popular with show creators Sydney Newman & Leonard White so they devised a new drama to showcase the actor. 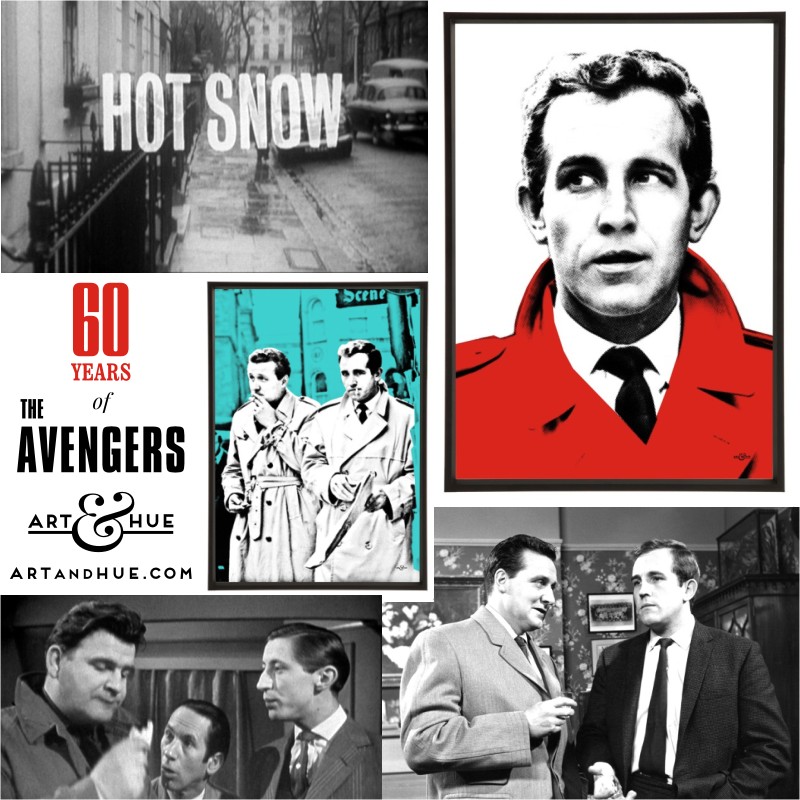 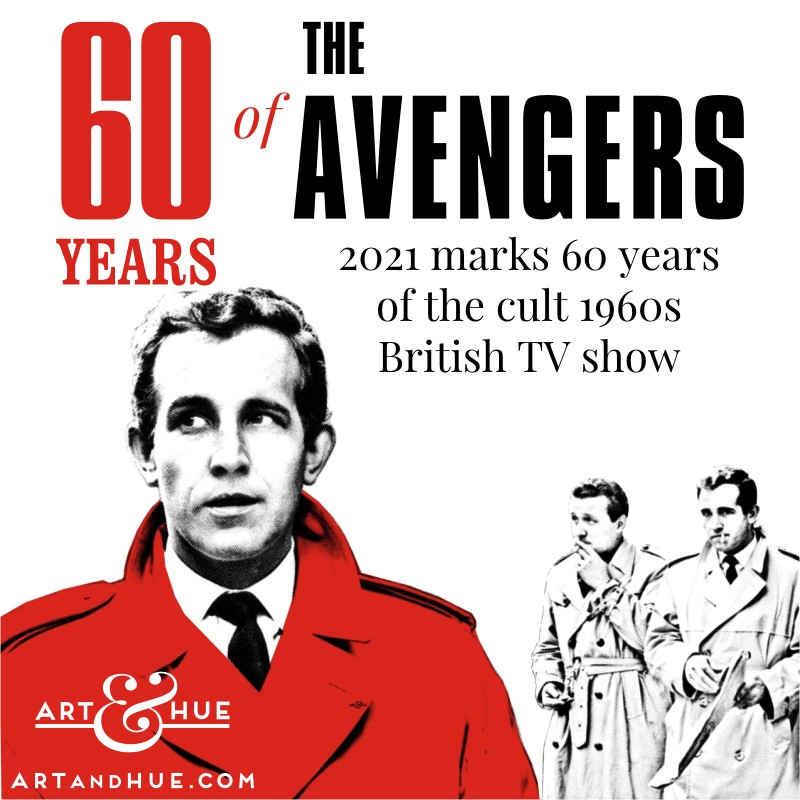 Only the first act, around 20 minutes, of this debut episode still exists but “Hot Snow” gives a feel for the tone and style of The Avengers in the early days.

Most of the original episodes from the first ever series are missing, the nature of live TV from an era when no-one thought they’d have a life beyond their time, but of the episodes that remain, it’s clear that the show was a very different proposition to “The Avengers” many have come to know.

With a tougher, gritty tone, Steed & Keel are far more archetypal private detectives in the first series with the spy-fi whimsy of later episodes yet to develop.

With a sporadic schedule delayed by industrial action, and a desire to move from television to film, Hendry left the show at the end of the first series.

This started the hunt for a new full time partner for Steed and, after a short spell with temporary helpers Venus Smith, played by Julie Stevens, and Dr Martin King, portrayed by Jon Rollason, the spotlight landed on Honor Blackman as Cathy Gale.

Apparently, the story goes, there wasn’t time to edit “The Avengers” scripts, which were originally written for a man, before they was handed to Honor.

An accomplished equal to Steed, Honor Blackman was the first independent female character on British television. Honor took the role of Cathy Gale and made it impactful, even releasing a self-defence book with Doug & Joe Robinson.

Honor Blackman’s tough leather outfits made a lasting impression on audiences and her “kinky boots” led to a song, recorded by Honor & Patrick Macnee. 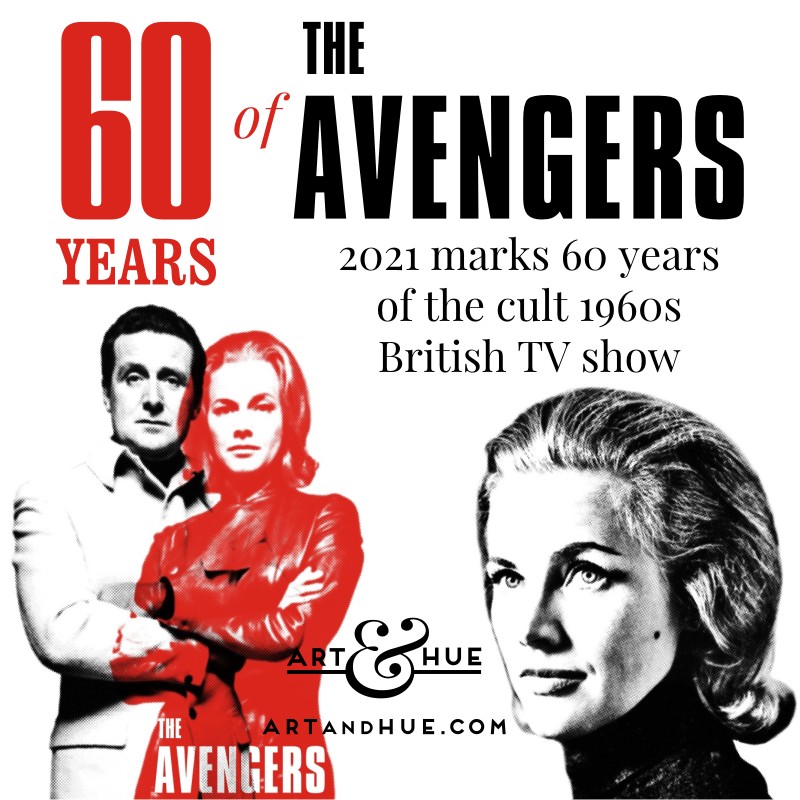 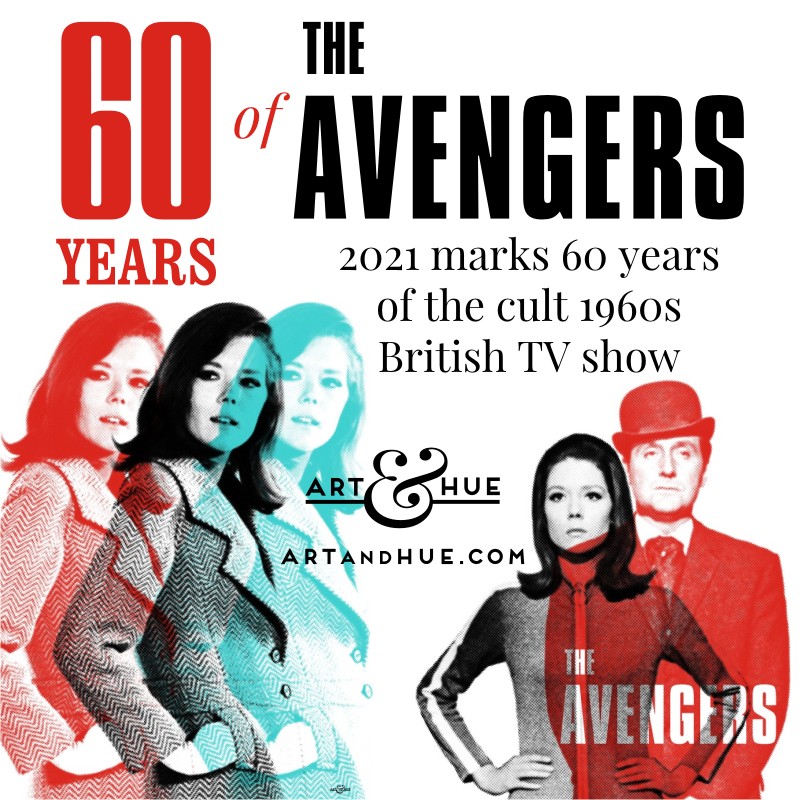 When Honor Blackman left the show to star in the Bond film “Goldfinger” with Sean Connery, another search was on for Steed’s new partner. After a false start with Elizabeth Shepherd, Diana Rigg was cast as Mrs Emma Peel.

A classical actress from the Royal Shakespeare Company, Diana Rigg captivated audiences globally when the show was exported all around the world. The international influence of Emma Peel should not be underestimated as Diana Rigg’s portrayal of an independent woman was globally ground-breaking.

A strong and powerful woman on TV, she took on evil henchmen with high-kicks and kung fu, and matched, or frequently out-matched, Steed’s wit. Emma Peel was a positive role model for young girls and adult women the world over, then and now.


“The Avengers” created a global phenomenon which exported Swinging Sixties London as well as British humour & style across the world.

When Diana Rigg drove into the sunset with Mr. Peel, the baton to be Steed’s partner was passed to the first non-amateur spy, played by Linda Thorson.

Whilst Mrs Peel’s departure upset devotees of the character, Tara King secured her own fans who fell for her ever-changing hair and outfits, as well as her resourcefulness.

Throughout “The Avengers“, from the first episode to the last, Patrick Macnee was the linchpin of the show as John Steed. The ultimate gentleman, the show was called “Chapeau Melon et Bottes de Cuir” in France and “Mit Schirm, Charme und Melone” in Germany, which translate as “Bowler hat & leather boots” and “With Umbrella, Charm & Bowler Hat” respectively. 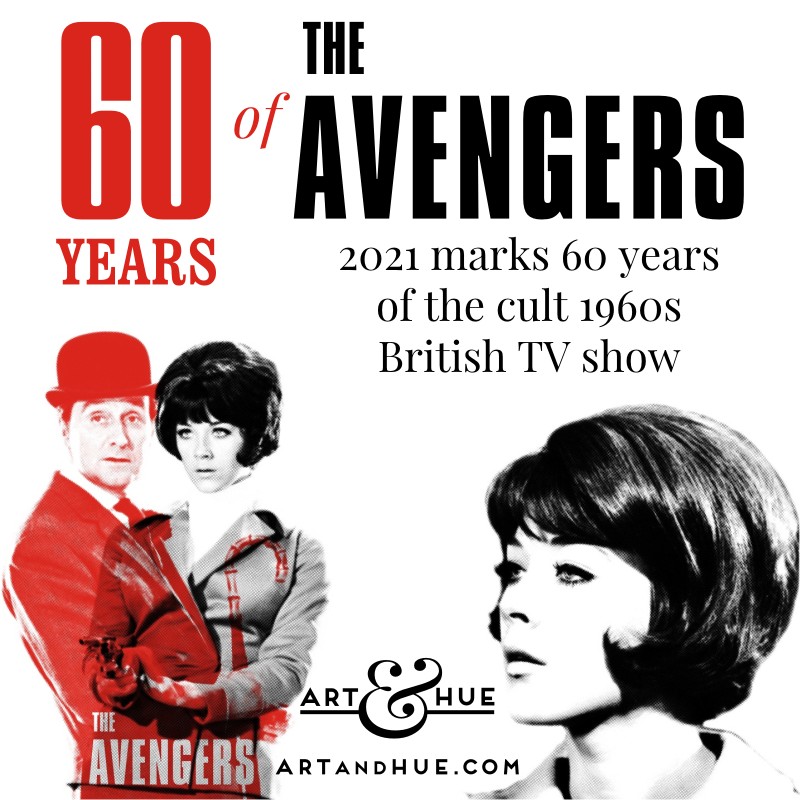 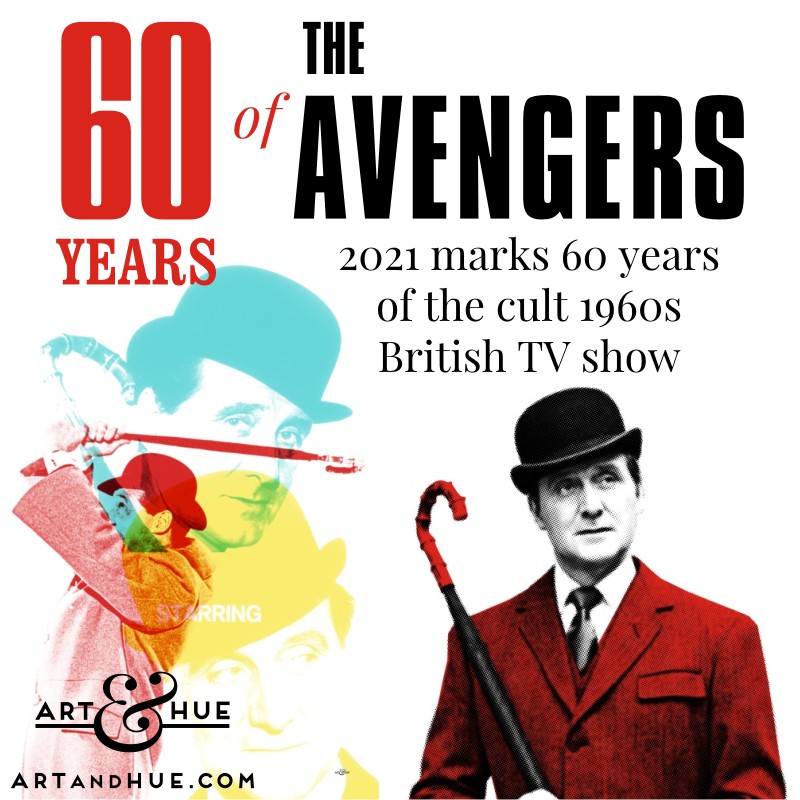 Patrick Macnee was a unique actor who had charm and a cheeky twinkle in his eye, with the manners of the most polite British gentleman yet believability as a spy which no doubt came from his military background in the Royal Navy.

Despite the subject matter, not a single drop of blood was shown in The Avengers’ encounters with their enemies and Patrick Macnee insisted that his character Steed did not use a gun after the first two seasons, hence the use of an umbrella and a steel bowler hat as his weapons of choice.

There aren’t many men who can carry off the impeccable uniform of a quintessential English gent yet Patrick Macnee looked like he was born in a bowler hat. Always immaculate, John Steed was sartorial perfection in his Savile Row tailoring.

Broadcast on ITV in the UK and ABC in the USA, the show defined the 1960s, running from 1961 to 1969, during which time The Avengers fought off Russian double-agents, dodgy politicians, and power-crazed businessmen – how times have changed!

An official collaboration with Studiocanal, these prints are new additions to the existing collection of stylish pop art prints by Art & Hue inspired by the cult 1960s British TV show “The Avengers“. 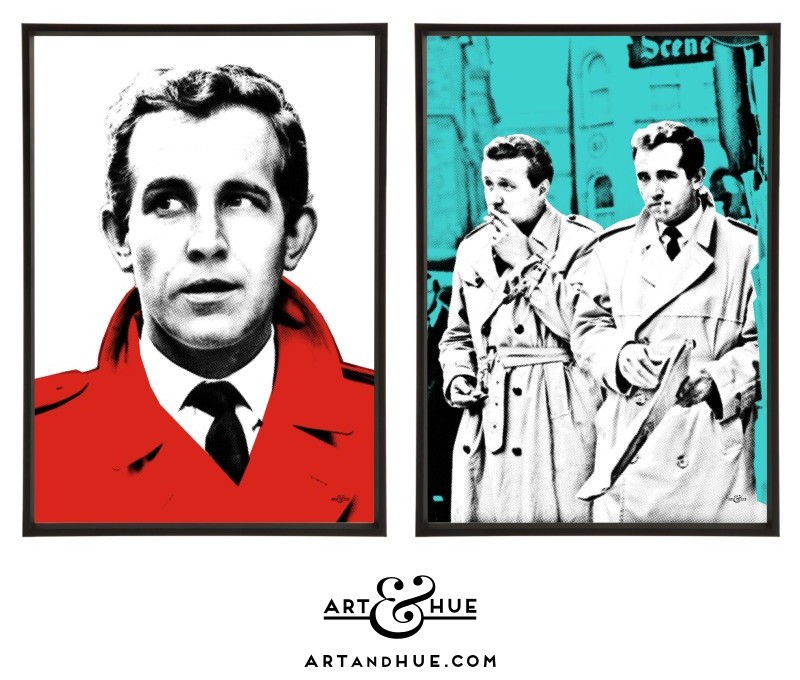 Happy 60th anniversary to The Avengers!

← Carry On Films Pop Art
We Are Cult →