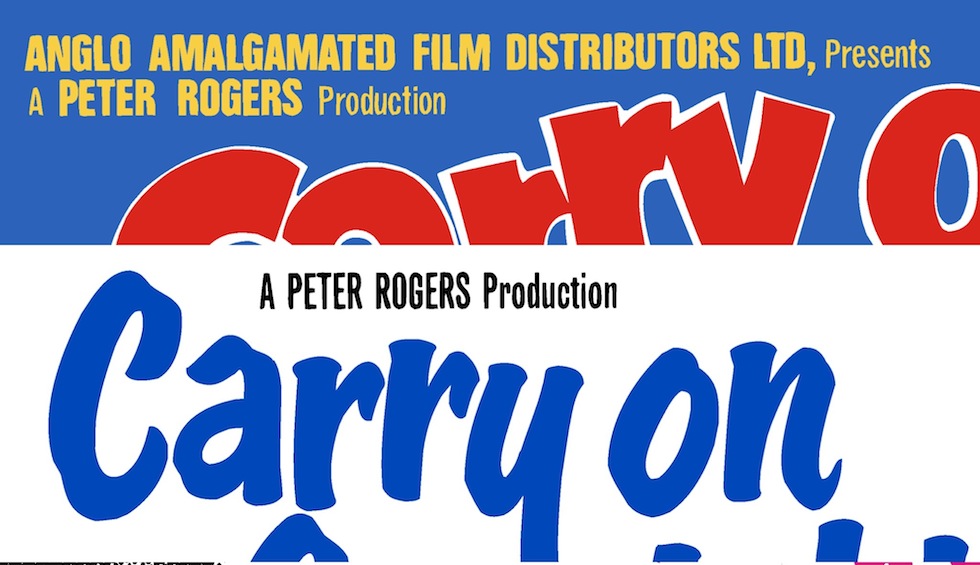 The Carry On films have their own distinct style that is totally unique, beloved by many, and an important part of Britain’s comedy, film, and cultural heritage, and that’s mainly due to the work of a small group of filmmakers.

Peter Rogers became synonymous with the classic British comedies along with Director Gerald Thomas and together they created the longest-running British film series to date. With 30 original productions, including the Rank releases, plus a compilation film, even superspy James Bond (who the Carry On team parodied in Carry On Spying) will need to produce another six films to catch-up.

On this day in 2009, the legendary producer of all the Carry On films died at the age of 95. Filmed over eight years at Pinewood Studios, Anglo Amalgamated distributed the first 12 classic comedies which made household names of the cast and created enduring films that are distinctly British. There’s nothing better than discovering a Carry on film on a wet Saturday afternoon and appreciating the saucy yet, by today’s standards, innocent and charming humour, and that’s all thanks to the hard work of the Carry On team, including Peter Rogers.

Printed on 310gsm fine art matte card, made from 100% cotton, Art & Hue’s reworking of the Carry On filmes are available in 3 sizes and 16 colours. Discover the full collection at artandhue.com/carryon

In the meantime, here’s the last TV interview with Peter Rogers where he remembers the Carry On films and team:
Click on the image below to open the video in YouTube: Carry On, Cult Film & TV, On This Day