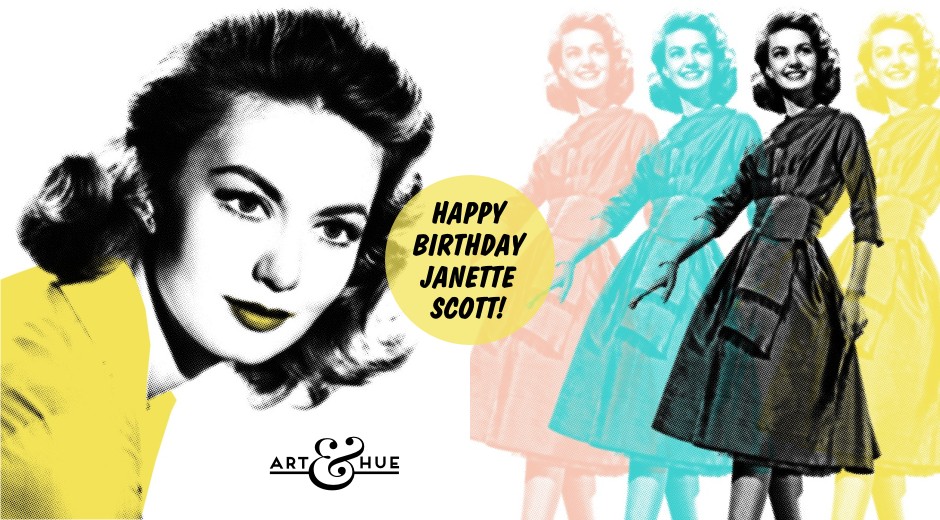 Today’s the 83rd birthday of film actress Janette Scott. Star of many classic and charming films throughout the 1950s and 60s, Janette was the object of Ian Carmichael‘s and Terry-Thomas‘ affections in the enduring British comedy “School for Scoundrels“.

The daughter of national treasure Thora Hird, Janette carved out a successful career in many British & American films but her leading-lady role in “School for Scoundrels” is one that is fondly remembered as a fan-favourite.

Back in May 2016, Art & Hue had a lovely day out to Elstree for the screening of School of Scoundrels at the Laura Ashley Manor Hotel.

Charming deck-chairs were laid out for the screening on the very location where the tennis matches were filmed and after the screening, Morris Bright (the Chairman of Elstree Studios, and the co-author of the 90 Years of Elstree book) held a Question & Answer session with the film’s star Janette Scott.

Not only was it wonderful to retrace the steps of Terry-Thomas but Art & Hue also had the pleasure of meeting the film’s leading lady Janette Scott.

It was lovely to meet her and great to hear how the hotel was exactly the same as it was back in 1959 when School For Scoundrels was filmed. 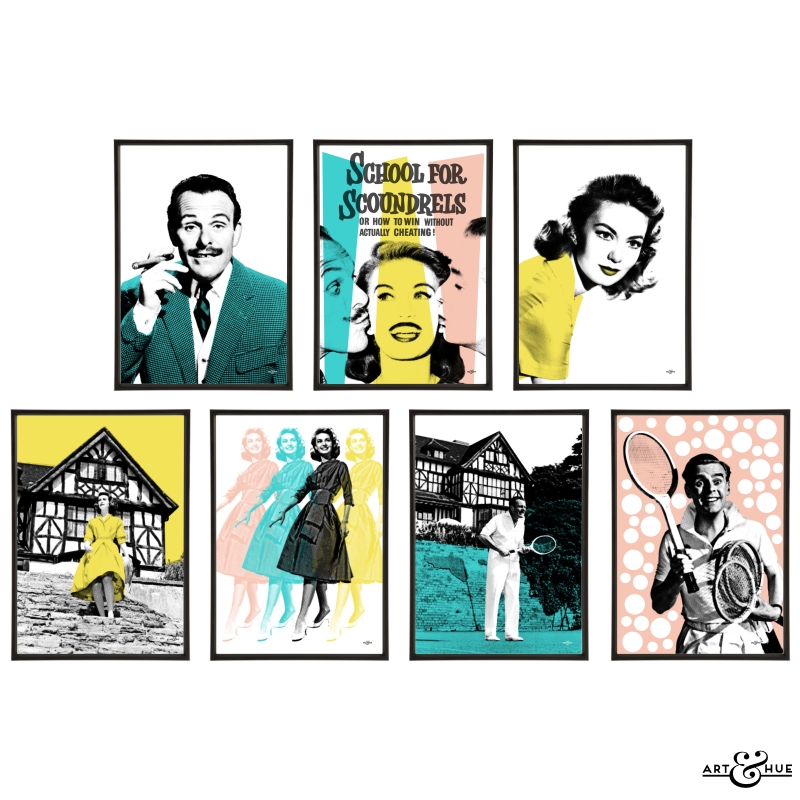 To read about the event organised by Morris Bright of Elstree Studios, click here. 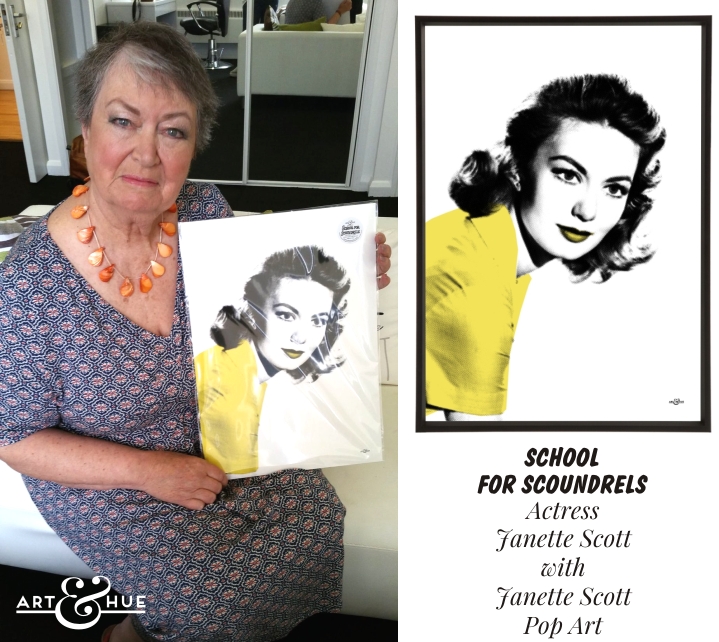 Photo of Janette by Elstree Studios

Publicity was part of a day’s work for actresses of the Mid-century era and film production companies took seasonal photographs of Elstree Studios starlets to promote themselves and upcoming films.

Janette featured in several festive poses, by herself and alongside other actresses including Sandra Dorne and Valerie Carlton, which have been given the pop art treatment by Art & Hue to create unique and stylish greeting cards, ideal to give to fans of classic film and, of course, fans of the adorable Janette Scott.