Choose from various colour options – mix or match to suit your space. Available in A4, A3, and A2 sizes to fit standard-size frames.

Liz Fraser made her first appearance in the Carry On film series in “Carry On Regardless” which was followed by three more appearances, including “Carry On Cruising” and “Carry On Cabby“.

Despite only making four appearances in the Carry Ons, Liz is fondly remembered as being an integral part of the longest-running British film series.

She appeared in “Double Bunk” with Janette Scott, & Naunton Wayne, “On The Fiddle” with Sean Connery Alfred Lynch, Stanley Holloway, & Barbara Windsor, “The Amorous Prawn” with Ian Carmichael, Joan Greenwood, and Sandra Dorne, and “Watch it, Sailor!” with Frankie Howerd.

Art & Hue had the pleasure to delve into the archives for the film “Two-Way Stretch” to create this stylish pop art print of the beautiful Liz Fraser, available in three sizes and 18 colour options. 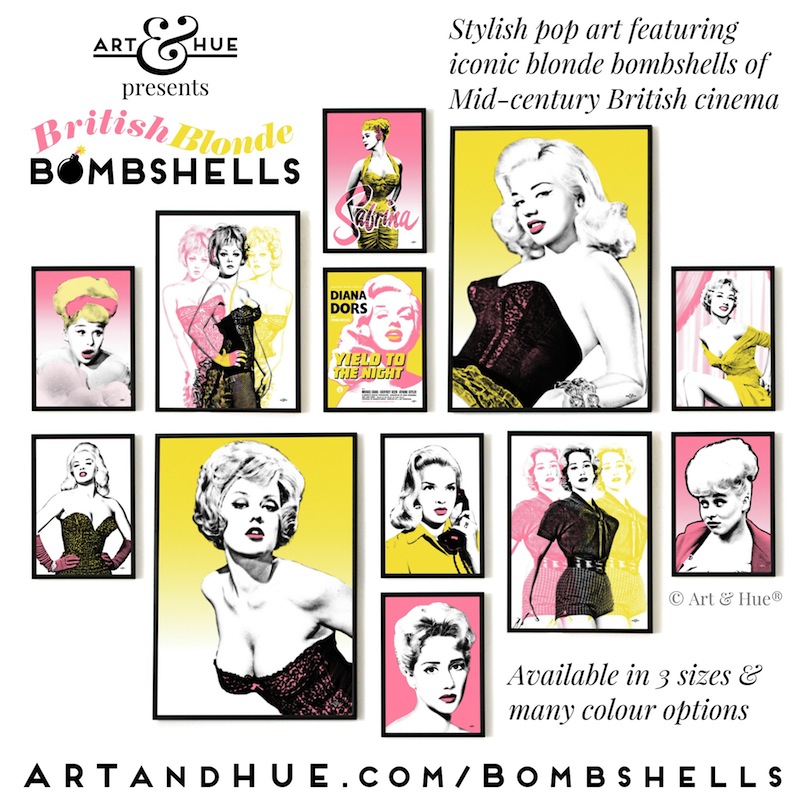