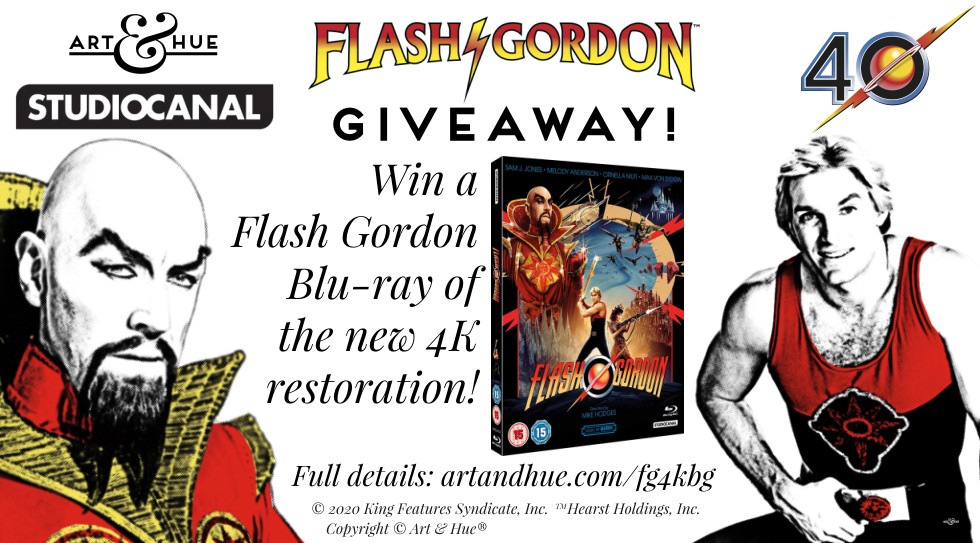 To celebrate the launch of the new Flash Gordon pop art collection, Art & Hue is offering the chance for THREE lucky people in the UK to win a Blu-ray of the new 4k restoration of classic sci-fi film “Flash Gordon”, courtesy of STUDIOCANAL!

The 40th Anniversary restoration of “Flash Gordon” is available on 4K UHD Collector’s edition, Blu-ray, DVD, and digital on August 10th, available for pre-order at Amazon and iTunes.

Three winners will be picked at random from the mailing list at 10pm on the 22nd of July 2020 to receive the new Blu-ray! (Existing UK mailing-list subscribers will be entered automatically). 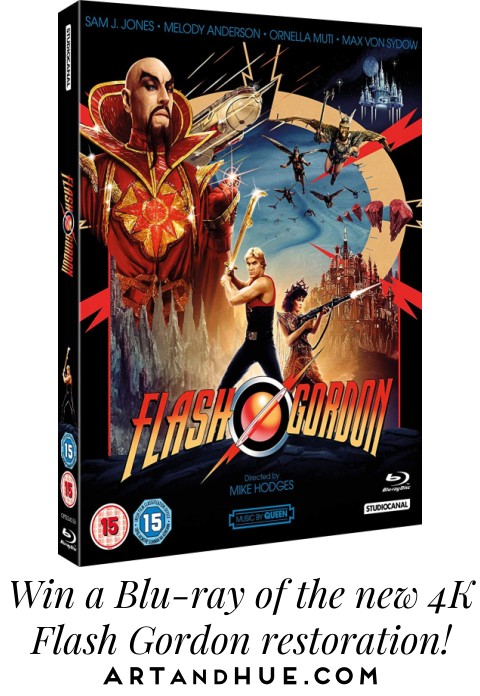 UK-based entrants, Region B Blu-ray. Giveaway entries end 22nd July at 10pm (UK Time). Multiple email addresses by the same person are not permitted. Winners will be contacted on the 23rd of July 2020. (Blu-ray will be posted when the discs are available in early August). 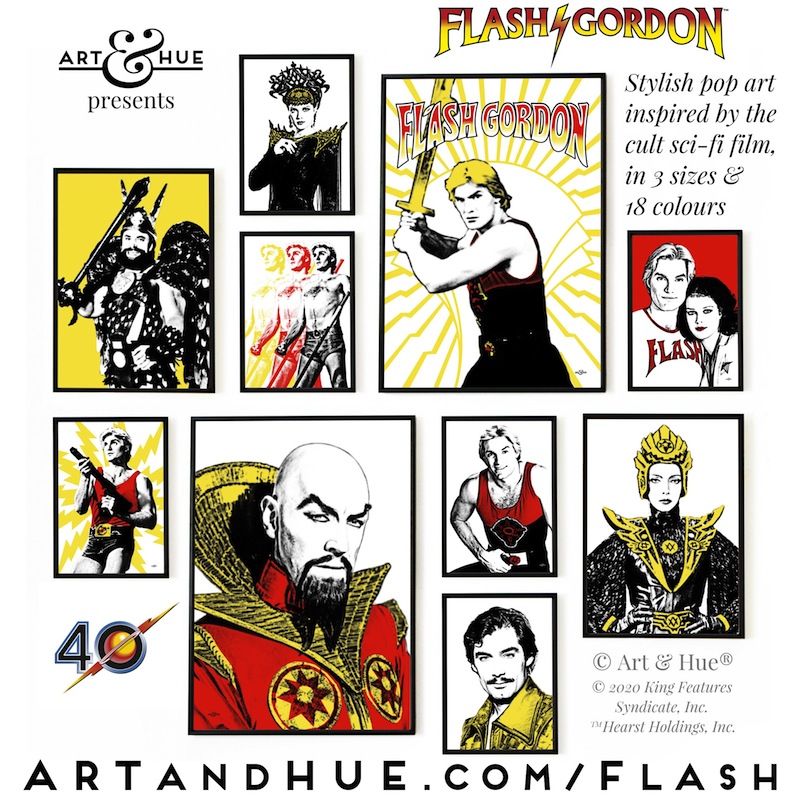 For the new 40t​h Anniversary 4k restoration, available to pre-order at Amazon and iTunes,​ Flash Gordon was scanned from the original 35mm negative to produce 4K files and over 500 hours of manual restoration took place. This restoration was approved by Director Mike Hodges in May 2020, and will include the first 4K HDR Dolby Vision master of ​Flash Gordon.​

In April 2020, director Mike Hodges said “I’m very grateful to STUDIOCANAL for this brilliant 4k restoration. The restoration captures perfectly the vivid colours of the sets, skies and costumes. It also corrects some of the problems encountered with the special effects system we used.”

The new 4k Blu-ray is packed with extras & goodies:

For those wanting to go the whole hog, there’s also a 40th Anniversary Collector’s Edition with even more extras (this isn’t part of the Art & Hue giveaway but can be pre-ordered online here):
● The UHD and 2 Blu-ray discs
● Bonus Blu-Ray Disc of LIFE AFTER FLASH, the 2017 feature documentary celebrating the film and it’s star, directed by Lisa Downs
● Original soundtrack by Queen & Howard Blake
● 32 page booklet
● 16 page Titan mini book (The Story of Flash Gordon)
● Reproduced booklet of the first strip of original comic books
● Poster of original artwork
● 4 artcards of various incarnations of Flash film posters across the years
● 1 sew on ‘Flash patch’ 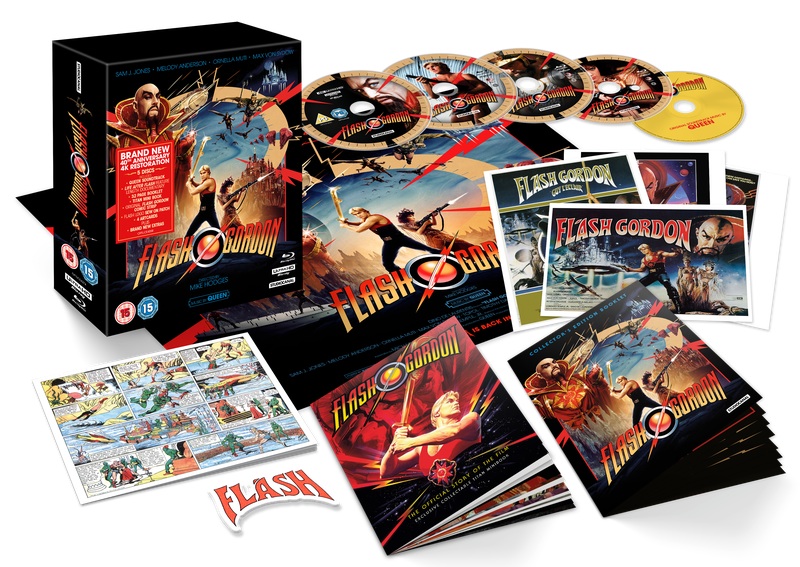 Pre-order the 40th Anniversary restoration of “Flash Gordon”, which will be available on 4K UHD Collector’s edition, Blu-ray, DVD, and digital on August 10th, at Amazon and iTunes.

You are now leaving Art & Hue
Art & Hue is not responsible for the policies or content of any third-party sites. As an Apple affiliate, Art & Hue may earn from qualifying purchases & Apple will place a cookie on your device to track purchases on their site.