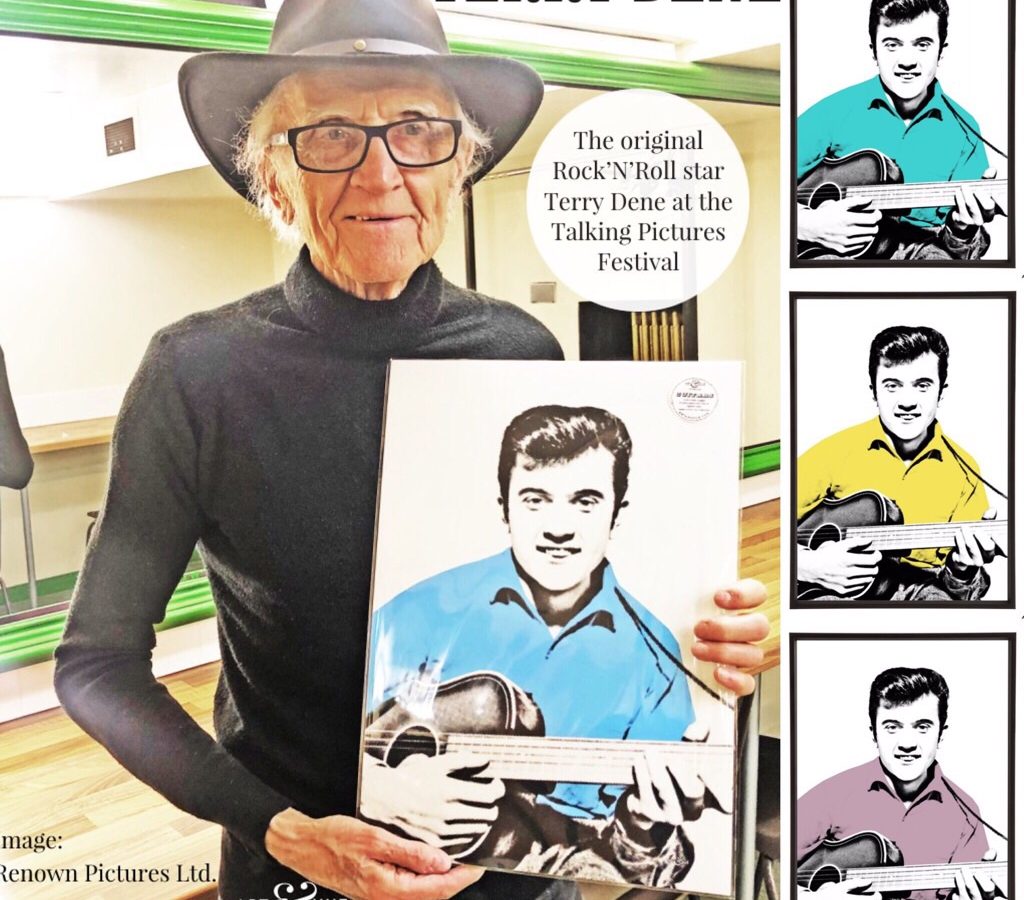 Special guests on the day included Stephanie Beacham, who was interviewed by “Scars of Dracula” actress and “On Her Majesty’s Secret Service” Bond girl Jenny Hanley, as well as Rita Tushingham, and Ray Brooks, to name a few.

The original British rock’n’roll star of the 1958 film “The Golden Disc” Terry Dene was interviewed and also performed.

Following chart success with a series of hits, Terry starred in the 1958 film “The Golden Disc” (released as The Inbetween Age in America).

Still very much active and performing, it’s a thrill to know that Terry has the Art & Hue pop art print of himself, presented at the Talking Pictures Film Festival.

The Terry Dene print is part of the new Guitars collection featuring film axe men with their instruments.

Thanks to Renown & Talking Pictures for this great photo of Terry with his Art & Hue pop art print! 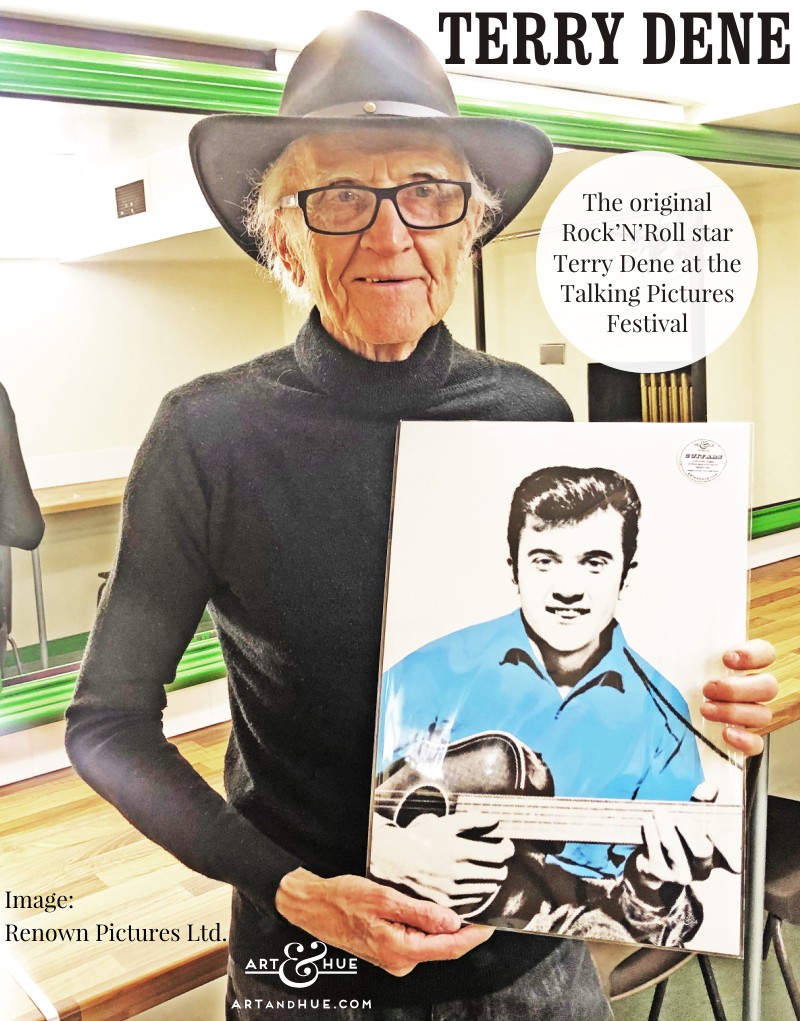