Bodybuilder turned actor, Steve Reeves inspired many cinemagoers including Arnold Schwarzenegger who grew up in Austria watching his films.

He won the bodybuilding contests Mr. America in 1947, Mr. World in 1948, as well as Mr. Universe in 1950, before his impressive physique caught the eye of casting agents.


The Italian-made “peplum movies”, so-called because of the skirted Roman costumes, made Reeves an international star with more “swords & sandals” roles to follow throughout the 1950s.

Along with Janette Scott, Steve Reeves is referenced in the cult musical “The Rocky Horror Picture Show”. When Dr. Frank N. Furter sings “if you want something visual, that’s not too abysmal, we could take in an old Steve Reeves movie”, it’s obvious who his inspiration was to create his very own muscleman Rocky, played by Peter Hinwood.

Exclusively by Art & Hue, the GYM collection is available in three sizes and many colour options, all printed on museum-quality archival card of 310gsm, made from 100% cotton, with fine-art pigment inks for longevity. 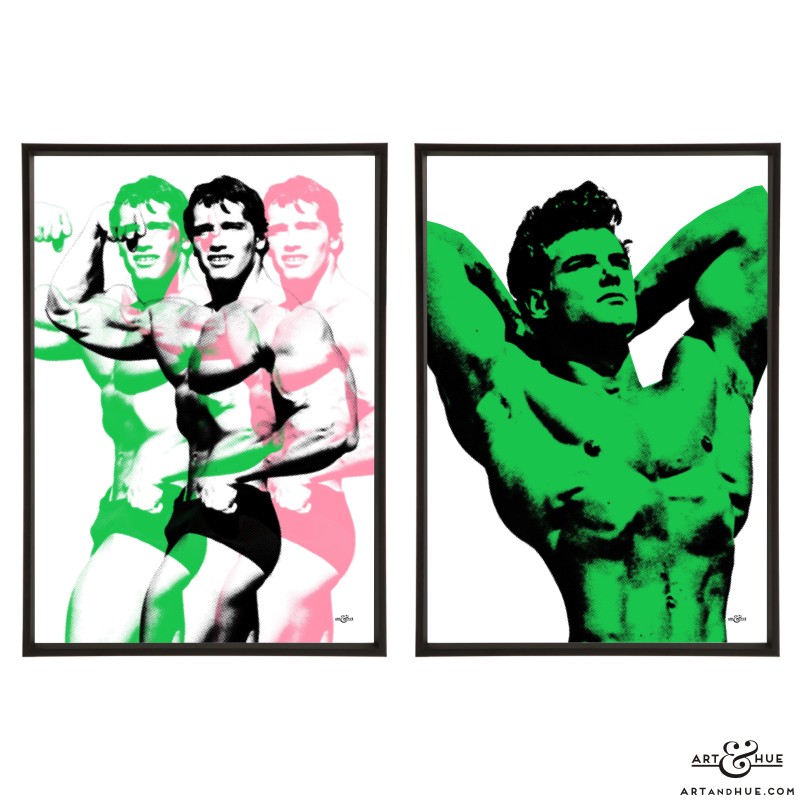