Also available as part of a pair and a group of 8 prints.

Before the year dot, as it were, June appeared in “Sitting Target” with Edward Woodward, “Psychomania” with Beryl Reid, “Murder by Decree” with David Hemmings, and “Margery and Gladys” with Penelope Keith.

She appeared in three episodes of Coronation Street, as well as roles in “The Sweeney“, “Minder“, and the glamourous mini-series “Lace” with Honor Blackman, Herbert Lom, & Leigh Lawson.

June Brown holds the distinction of being only the second soap opera performer to be nominated for a Best Actress BAFTA, the first being Jean Alexander‘s nomination for playing Hilda Ogden in Coronation Street. Brown’s nomination was for her tour-de-force “single-hander” episode of EastEnders. 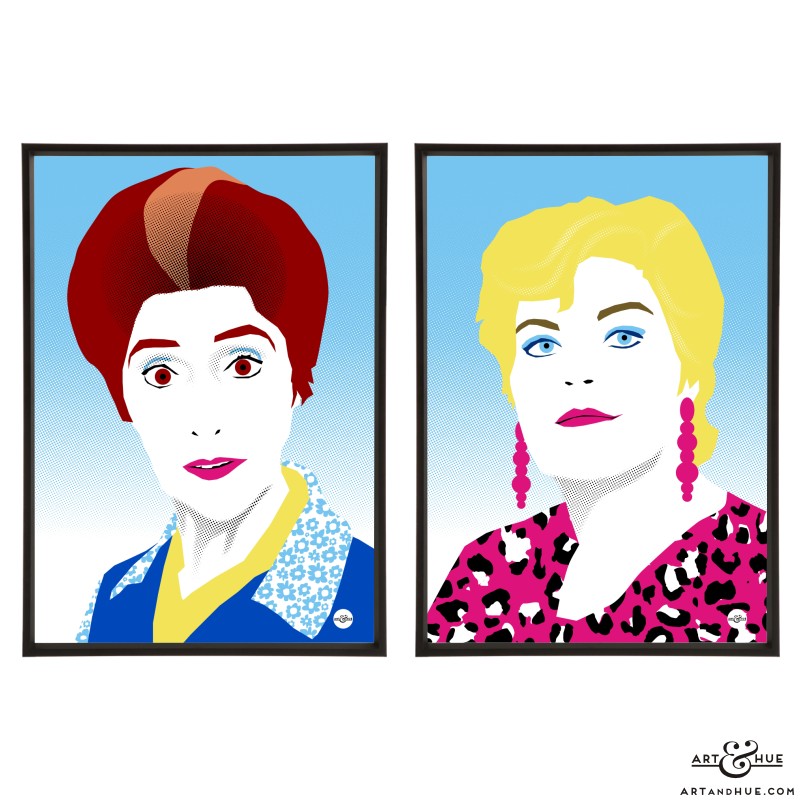 Exclusively by Art & Hue, this illustrated print is part of the Soap Icons collection, available in three sizes and many colour options, all printed on museum-quality archival card of 310gsm, made from 100% cotton, with fine-art pigment inks for longevity.

This illustrated print is part of the new collection of stylish pop art prints, exclusively by Art & Hue, inspired by Soap Icons and features Art & Hue’s signature halftone style (halftone is an age-old technique that uses dots to make up the printed image, similar to newspapers or comic books) along with graphic blocks of colour. 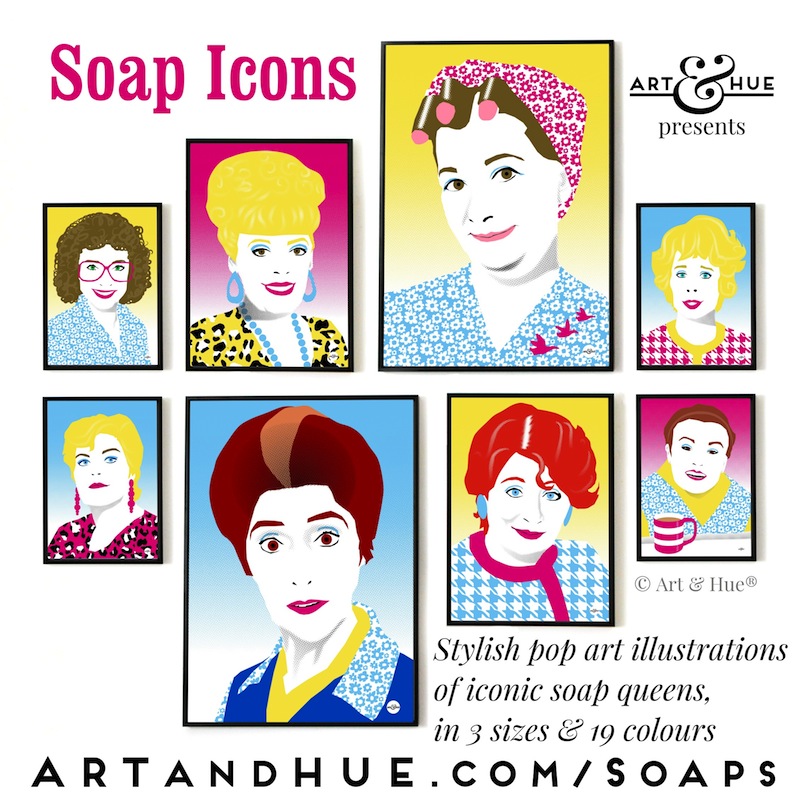