Stylish pop art illustration of Dawn French, the iconic actress, writer, and comedian. Her success in the long-running partnership with Jennifer Saunders, as well as her individual projects, has brought years of comedy to our screens.

French & Saunders didn’t emerge in the 1990s, they’d already been producing exceptional comedy for many years before then, but Art & Hue has been inspired to illustrate the pair on their solo projects.

Their ability to create work away from each other, such as the highly-successful shows “Absolutely Fabulous” and “The Vicar of Dibley”, demonstrates their versatility apart, and the incredible force of them when they work together.

Early appearances included the Comic Strip Presents and the sitcom “Girls on Top” which they created along with Ruby Wax. for which they cast Joan Greenwood as their mellifluous landlady, but many came to know and love the pair for their long-running show “French & Saunders”.

From the incredible mini-series pastiche of Joanie & Jackie di Sant Angelo to the pitch-perfect musical tributes, their sharp eye for detail was generally well-meant yet forensic in their homages – “The House of Elliott” never recovered from the pair’s lampooning of the period drama, with Kathy Burke as Tilly and Patrick Barlow as “Jaaack”.

Their long-running series’ were appointment viewing which featured film & TV show parodies, music (simply hearing the phrase “C’est la Vie” conjures up an image of the pair dressed as ABBA along with Rowland Rivron & Simon Brint), and a host of one-off and regular characters (such as the formidable country ladies or the creepy old men).

The pair also appeared together in Comic Strip specials “Five Go Mad…” parodying Enid Blyton books, the anarchic comedy “The Young Ones” about student life (with the theme by Cliff Richard), the Baroque sitcom “Let Them Eat Cake” set in Versailles, and later in “Jam & Jerusalem”.

Throughout their careers they have donated their time & talent to Comic Relief to raise millions over decades for good causes, all whilst entertaining – who could forget their version of “Mamma Mia”, with Jennifer Saunders as Meryl Streep in denim dungarees.

Also available part of a pair and as part of a group of 8. 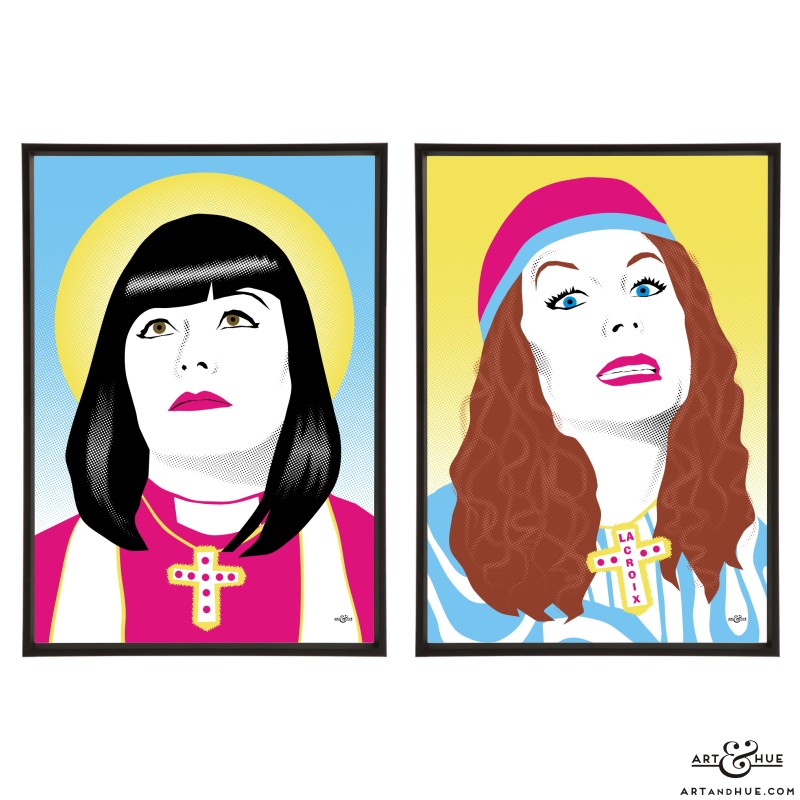 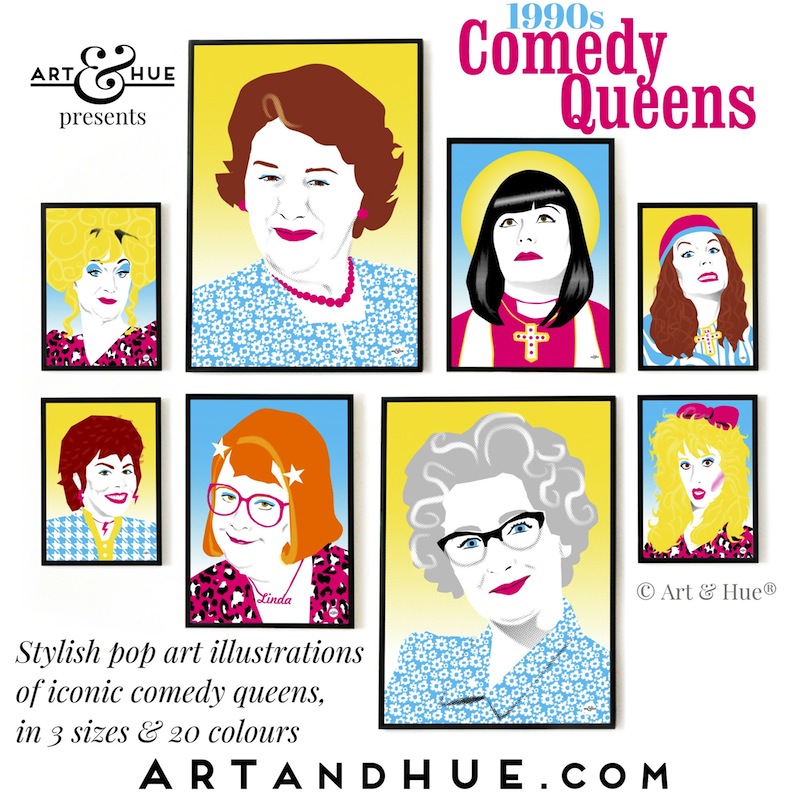