With the release of the new Studios and Saucy Seventies pop art collection, Art & Hue takes a look at the penthouse at Television Centre, also inspired by saucy films of the era. 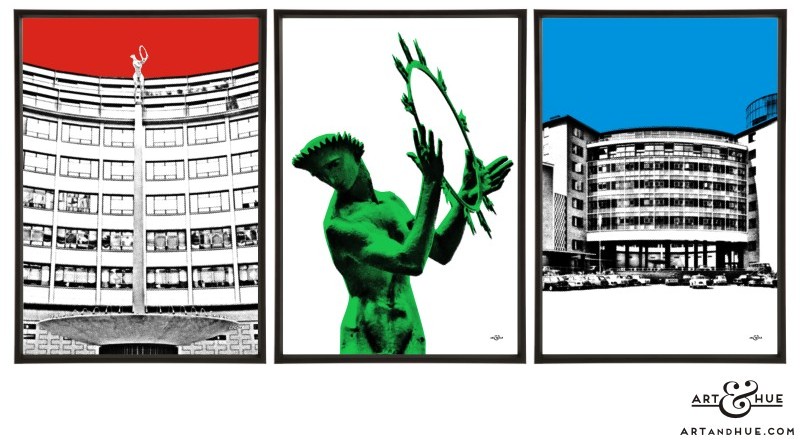 The iconic Modernist BBC building has been transformed into residences named after the famous statue Helios which has appeared in many a live broadcast over the years.

One of the living spaces has been designed by Bella Freud & Retrouvius, taking inspiration from classic cinema, TV, and even saucy films of the 1970s.

Retrouvius are well known for their reclaimed finds, and have collaborated with fashion designer Bella Freud previously. Maria Speake and Adam Hills, the husband and wife team behind architectural salvage company Retrouvius, have been recently crowned Interior Designer of the Year 2019 by House & Garden magazine.

Featuring sourced vintage pieces alongside new Bella Freud items with her signature motifs, such as “1970” and the illustrated dog, the space evokes the golden age of television, when Michael Mills strode the hallways and the Two Ronnies ruled the ratings.

For example, the incredible white lamp base in the deep red bedroom looks like it was lifted from Imogen Hassall’s apartment in “Carry On Loving”, the 1970 Carry On film that featured female characters comfortable with their own desires.

The shiny space-age optimism of the 1960s yielded to the sexually-liberated 70s, when emancipated women developed a sexual confidence beyond that which the contraceptive pill offered – these were empowered women who demanded pleasure on their own terms.

The Hai Karate commercials may have started in 1969 to give short, bald men hope that an aftershave would make them attractive but, as the campaign gathered steam and popularity through the 70s, the resounding consequence of the commercials was that women were no longer wallflowers waiting for a man to notice them.

When Valerie Leon chased her prey, the message was loud and clear – women are going to pursue what, and who, they want. 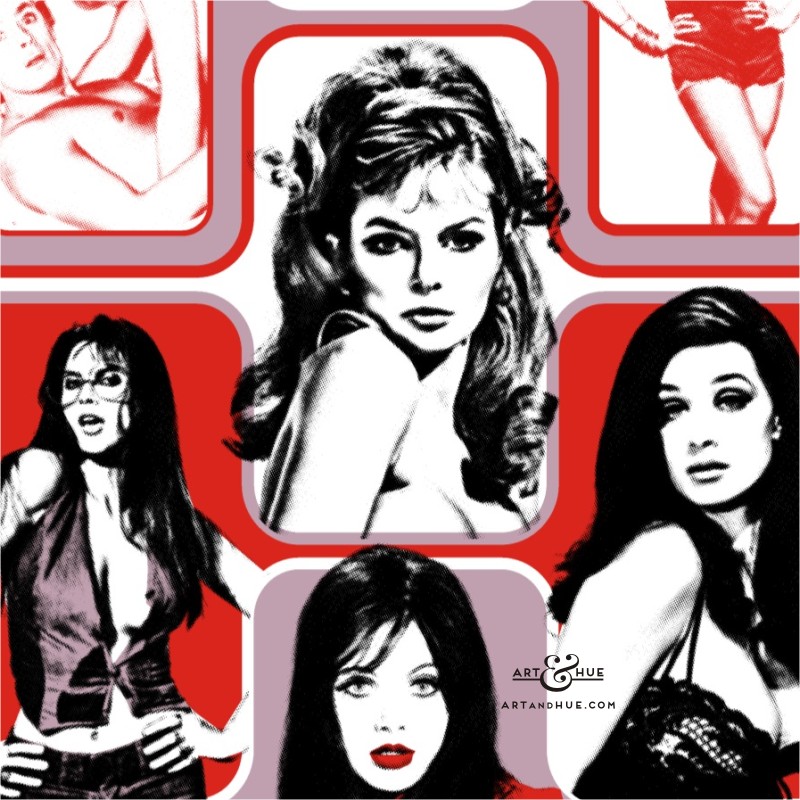 Whilst designing the space with Bella Freud, Maria Speake told Absolutely Home Magazine “we kept saying, ‘is it porny enough?'”, a useful shorthand that has resulted in understated stylishness throughout the penthouse.

These are rooms fit for entertaining a host of classic funny men & women, and it’s easy to imagine the actresses from the Saucy Seventies pop art collection draped across the original 1970s plastic suite of sofas and armchairs with fabric upholstery.

The colours seem lifted from “The Professionals” whose videotaped episodes cast a Seventies hazel glow over the show, transforming the lead actors blue eyes to brown.

Tea-stained yellow, lipstick red, C.I.5. green, with Seventies textures of corduroy, cork, leopard, cane, and suede (there are even beaded curtains), all combine to evoke an atmosphere befitting the iconic building’s history.

Images of the penthouse by photographer Michael Sinclair. 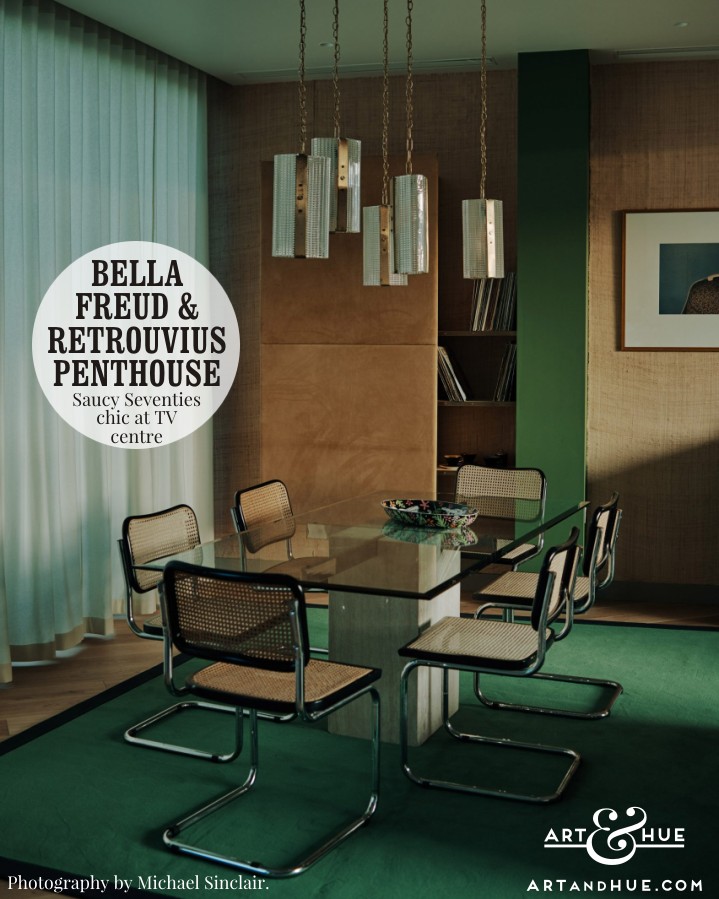 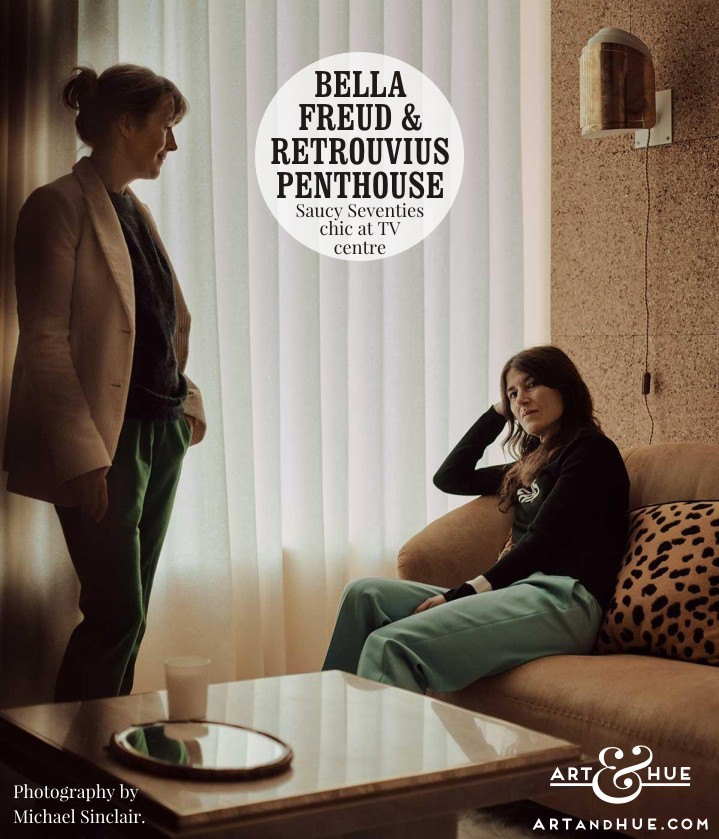 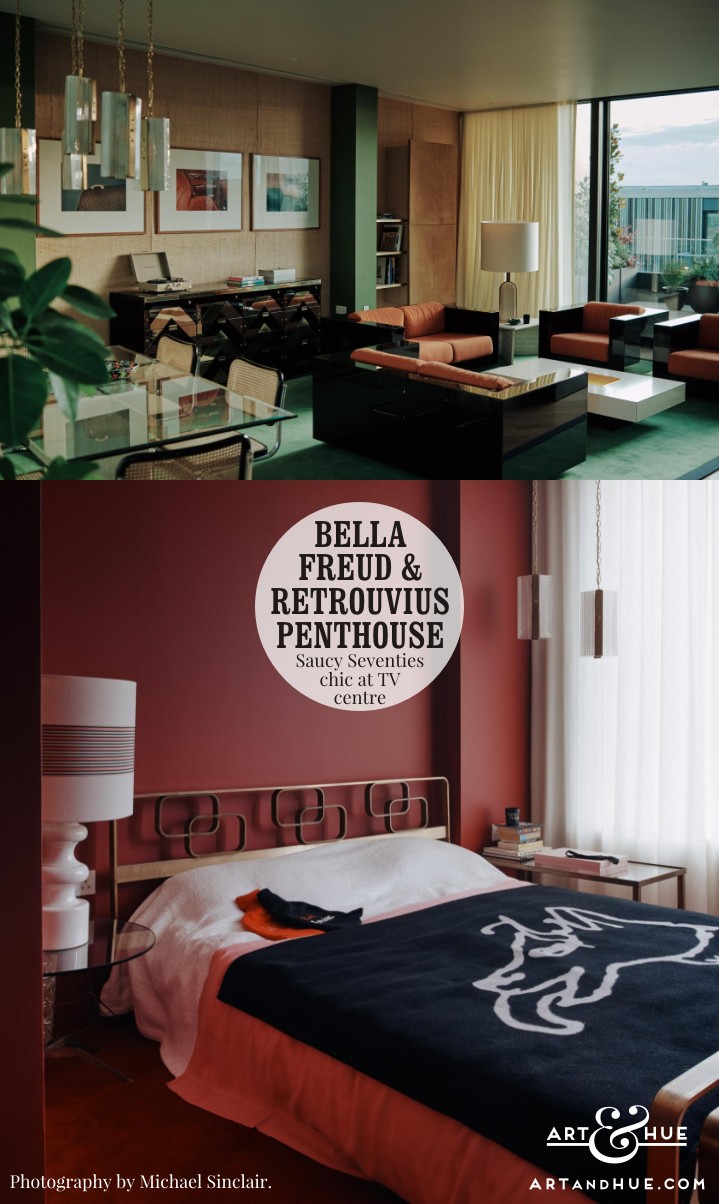 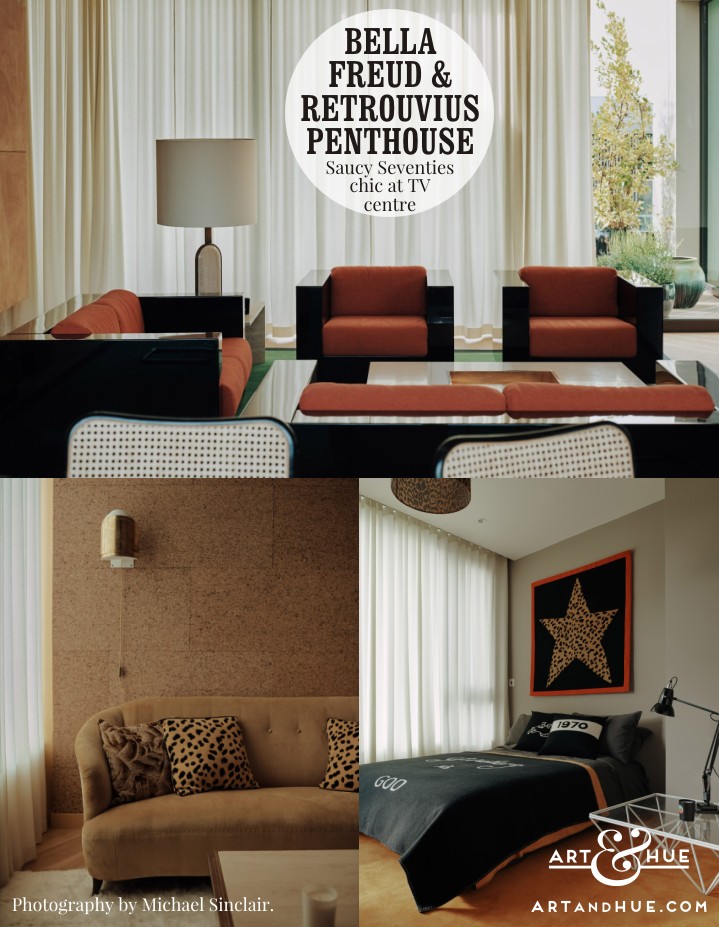