On This Day: Carry On Cruising 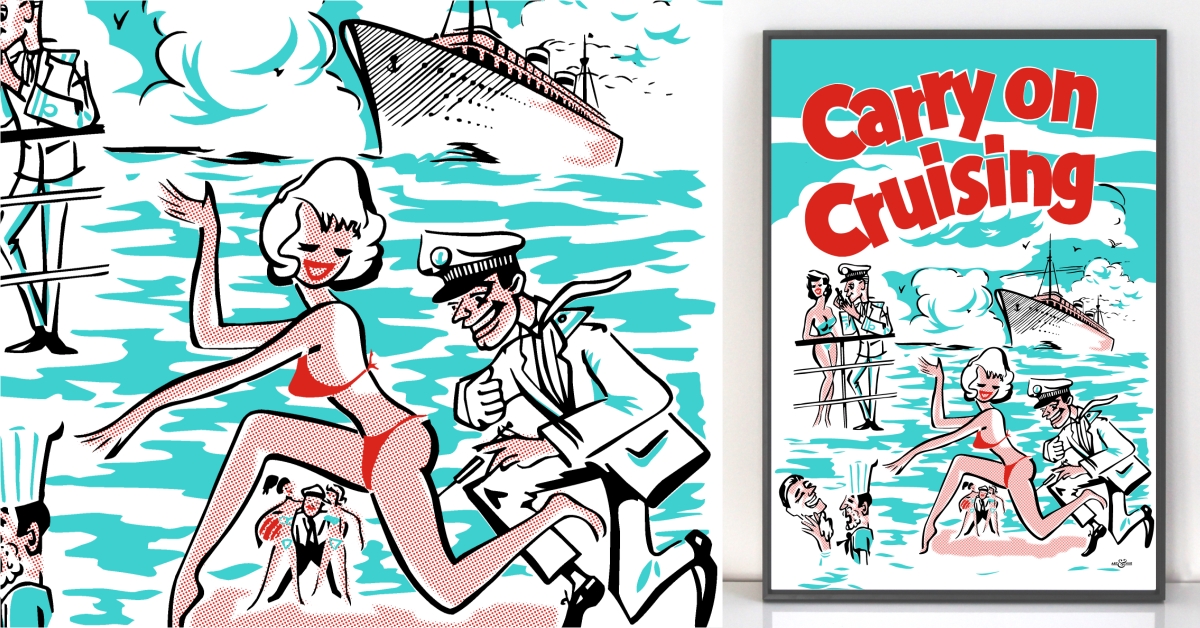 Back in 1962 on this day, Carry On Cruising received the first trade screening to cinema distributors ahead of the general release in UK cinemas on the 22nd of April.

The usual shenanigans ensue with Sid James taking the helm as captain of a cruise ship – that never saw the sea, it was all filmed at Pinewood apart from some stock footage of a P&O ship (most probably the SS Oronsay).

The first Carry On film to be filmed in colour, take a look at the trailer below then have a look at the Art & Hue reworking of the Mid-Century illustrations from the original Carry On Cruising poster.

Printed on 310gsm fine art matte card, made from 100% cotton, Art & Hue’s reworking of the Carry On Cruising poster is available in 3 sizes and 19 colours, including the flagship colours of Cunard and P&O cruise lines. Carry On, Cult Film & TV, On This Day, Sid James

← Back to Pinewood Studios
Carry On Blogging →