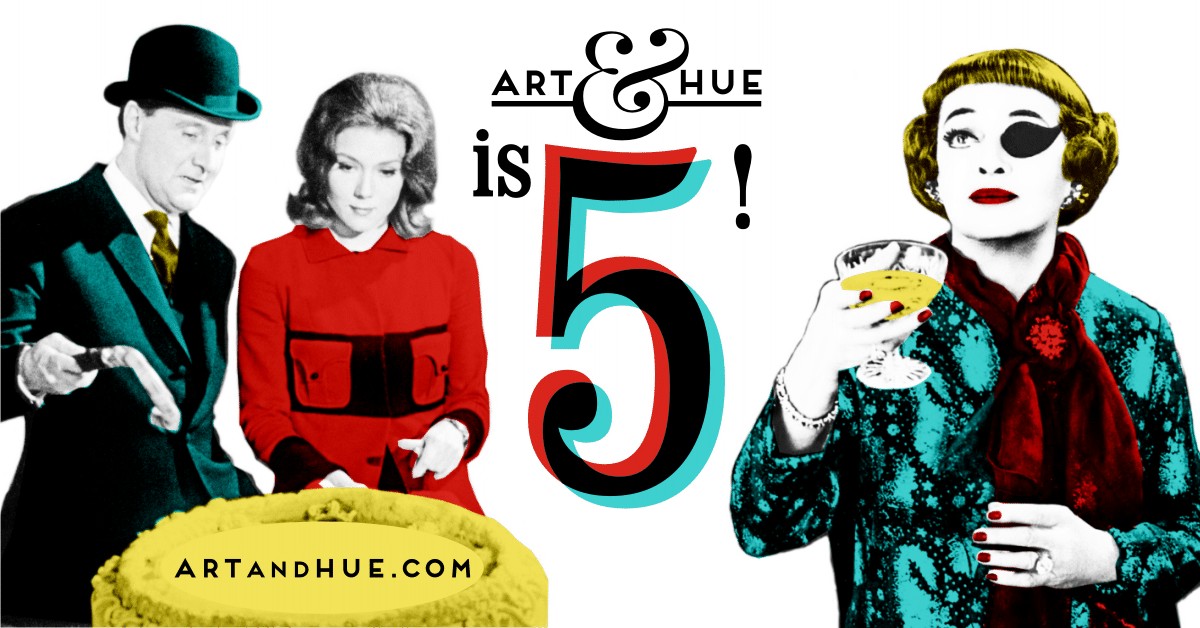 Half a decade has seemingly flown by very quickly during which time many new pop art collections have been launched, inspired by Mid-Century Modern style, film, television, royalty, sport, and more themes. The response to the Art & Hue collections over five years has been phenomenal and it’s wonderful to know that there are Art & Hue pop art prints in homes globally.

Since 2014, Art & Hue has been invited to display a pop-up exhibition of The Avengers artwork at the BFI as part of an evening with Dame Diana Rigg, exhibited the Thunderbirds prints at The Intercontinental – O2 hotel as part of the Lady Penelope Afternoon Tea, taken part in the School For Scoundrels screening with Janette Scott at the very Elstree hotel that the famous tennis scenes were filmed at, kindly included in the amazing book by Mini Moderns, had the privilege to meet Diana Rigg, Valerie Leon, Janette Scott, David Prowse, and others, and been invited to install a permanent gallery display of Art & Hue pop art at the iconic Elstree Studios.

On a personal note, it’s been fabulous to connect with shoppers, film and TV studios, stores, and press in appreciation of the various themes that inspire me, such as The Avengers, Carnaby, and Carry On films, as well as actors, actresses, and family members related to the subjects of the pop art collections.

There are new collections in the pipeline that I can’t wait to share on the website so do stay tuned for launch news by signing up to the newsletter mailing list if you haven’t done so yet: