Also available as part of a group of 5 prints and a group of 8 prints.

Tatjana is one of the original “big five” fashion models who were photographed on the streets of New York by the visionary photographer Peter Lindbergh.

That 1989 image became the cover of the January 1990 issue of British Vogue and heralded the birth of the supermodel.

The five models on the iconic cover were seen by George Michael who asked them to appear in the video for “Freedom 90” and introduced supermodels to MTV audiences globally.

It’s a testament to the rapid rise of the supermodels that Tatjana appeared in a car advert by 1993, not typically a progressive format, along with Linda, Naomi, Christy, and Kate.

A muse to many photographers, including the ground-breaking Peter Lindbergh and Herb Ritts, her piercing eyes captivated designers and the public.

A keen horsewoman, Tatjana has long spoken out about environmental issues and animal welfare, and continues to do so. 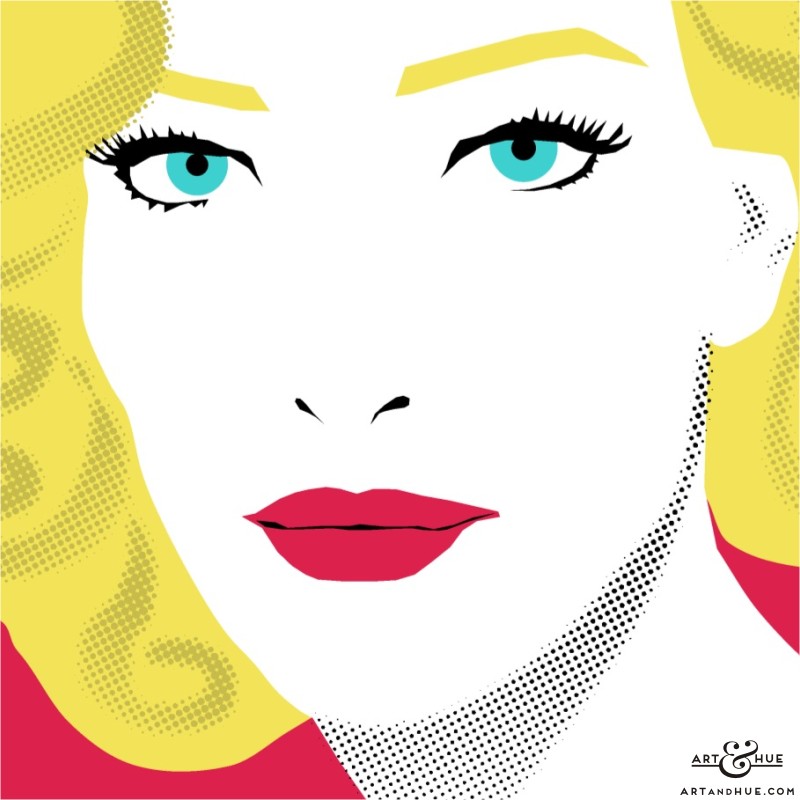 Dipping a toe into acting, with credits including “The Larry Sanders Show” and “Rising Sun” with Sean Connery, Tatjana continues to model, on catwalks for designers such as Chanel & Jean-Paul Gaultier, and in magazines, 30 years on from that famous cover.

Exclusively by Art & Hue, this illustrated print is part of the Supermodels collection, available in three sizes and many colour options, all printed on museum-quality archival card of 310gsm, made from 100% cotton, with fine-art pigment inks for longevity.

This illustrated print is part of the new collection of stylish pop art prints, exclusively by Art & Hue, inspired by Supermodels and features Art & Hue’s signature halftone style (halftone is an age-old technique that uses dots to make up the printed image, similar to newspapers or comic books) along with graphic blocks of colour.