Also available as part of a group of 12 prints.

World famous as the home of the Carry On and Bond films, Pinewood Studios‘ original entrance of the mock-tudor gate house has featured in a few films including “Live It Up” with David Hemmings, and “Go for a Take” with Anouska Hempel.

Charles Boot bought Heatherden Hall at auction on the 25th of September 1934 and proceeded to establish Pinewood Studios in partnership with J. Arthur Rank.

Construction began on the studios in early June 1935 when existing buildings around Heatherden Hall started to be demolished, and Pinewood was officially opened the following year on the 30th of September 1936.


Originally planned to be opened at some point in October 1936 by Prince George, the Duke of Kent, the official opening was brought forward to September when the studios were opened by Leslie Burgin, the Parliamentary Secretary to the Board of Trade.

In attendance at the opening was the director Carol Reed, who would later go on to direct the British film noir classic “The Third Man“, along with the stars of the first film to be completely made at Pinewood Studios. Directed by Carol Reed and starring Sally Eilers & Ricardo Cortez, “Talk of the Devil was released later that year and included the actress Margaret Rutherford among the cast.

Exclusively by Art & Hue, the Studios pop art collection is available in three sizes and 20 colours, all printed on museum-quality archival card of 310gsm, made from 100% cotton, with fine-art pigment inks for longevity. 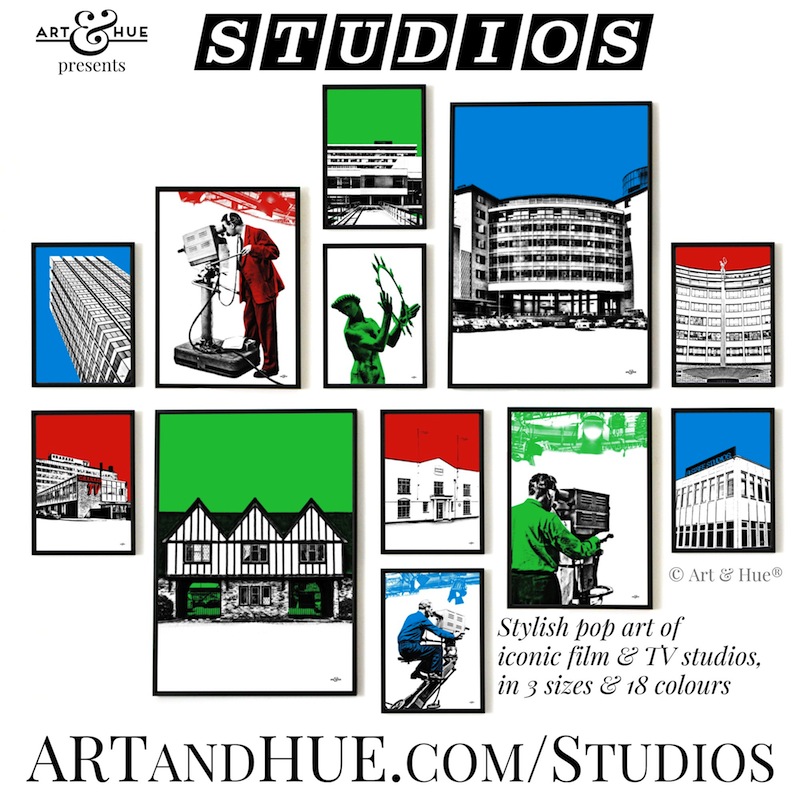