As well as being a second Lieutenant in the U.S. Army, where he led the 10th Cavalry of Buffalo soldiers, Flipper was an author of science books as well as his own experiences.

Flipper encountered much racism throughout his military career, to the point of being dismissed by the army in 1882 for “conduct unbecoming”, an “unduly harsh and unjust” charge later posthumously pardoned by President Clinton in 1999.

Flipper paved the way for future African American military graduates, including Charles Young, and an annual Henry O’ Flipper Award was established in 1977 at West Point for graduates who demonstrate “the highest qualities of leadership, self-discipline and perseverance in the face of unusual difficulties”.

This print is part of the Gingham West pop art collection, featuring Art & Hue’s signature halftone style (halftone is an age-old technique that uses dots to make up the printed image, similar to newspapers or comic books). 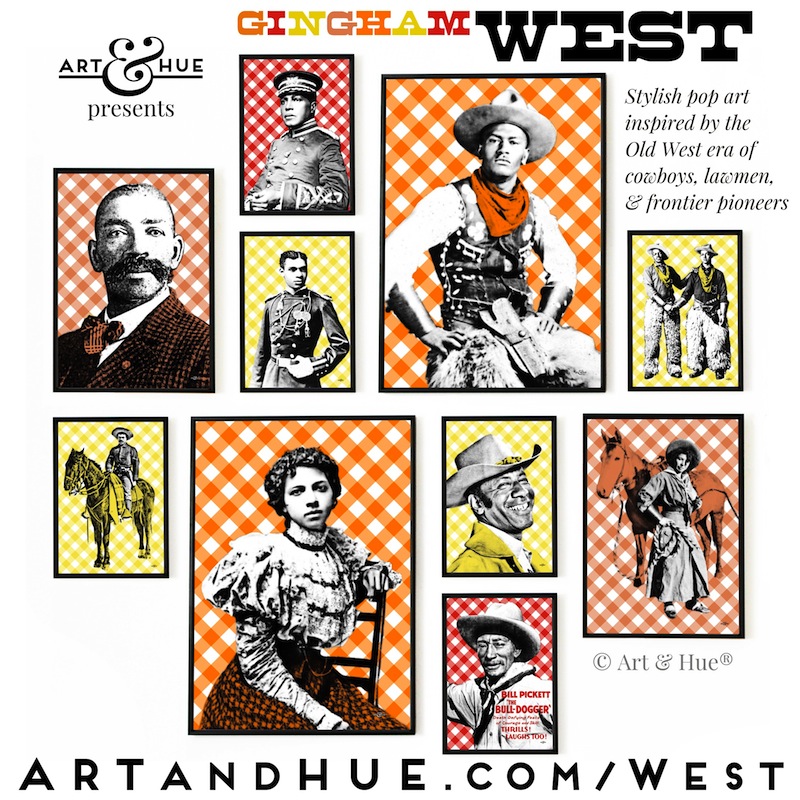 Exclusively by Art & Hue, the Gingham West pop art collection comes in 3 sizes & 20 colours, all printed on museum-quality archival card of 310gsm, made from 100% cotton, with fine-art pigment inks for longevity.