Available in A4, A3, and A2 sizes to fit standard-size picture frames.

Please note that black frames are not included – for our guide on choosing frame sizes take a look here.

Stylish pop art print of the father of bodybuilding Eugen Sandow and Sandwina, part of the GYM pop art collection by Art & Hue. 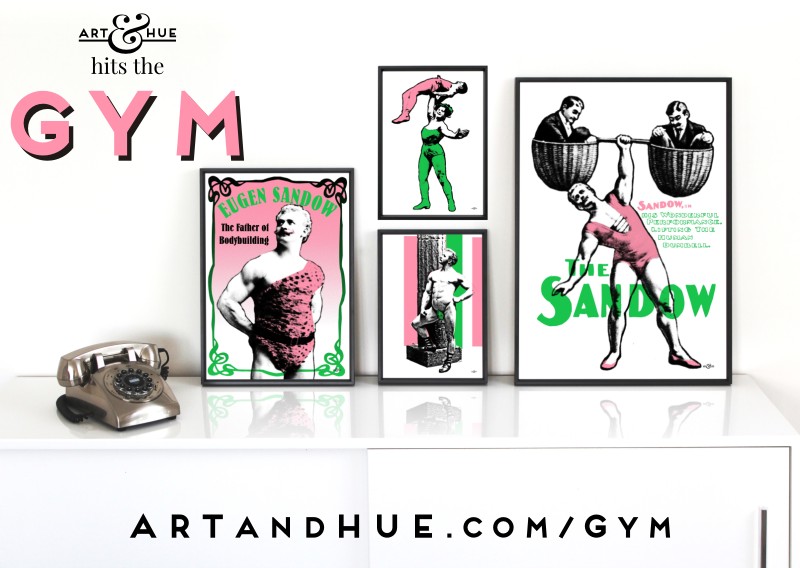 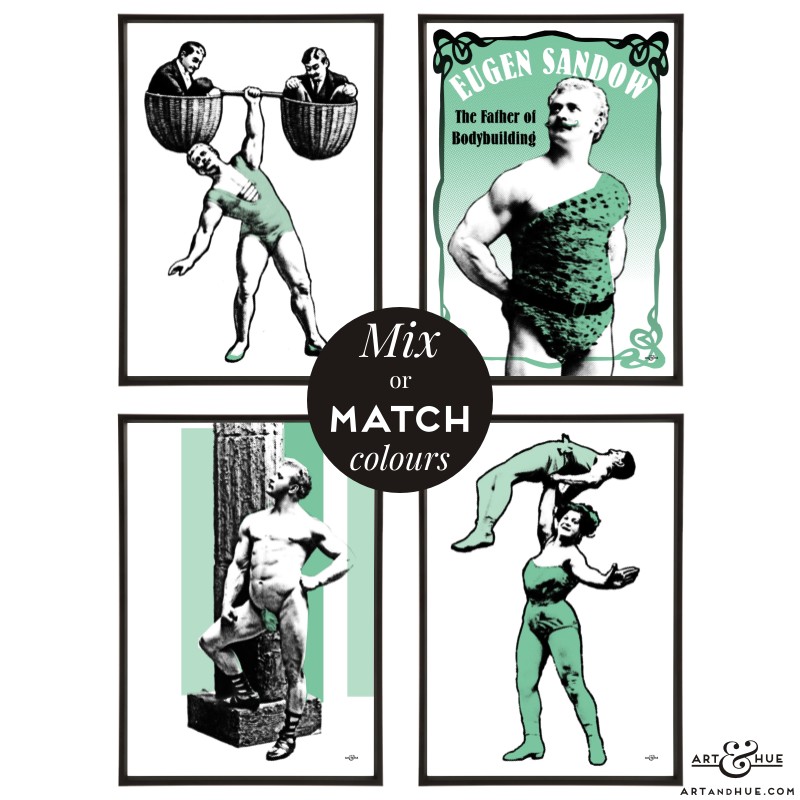